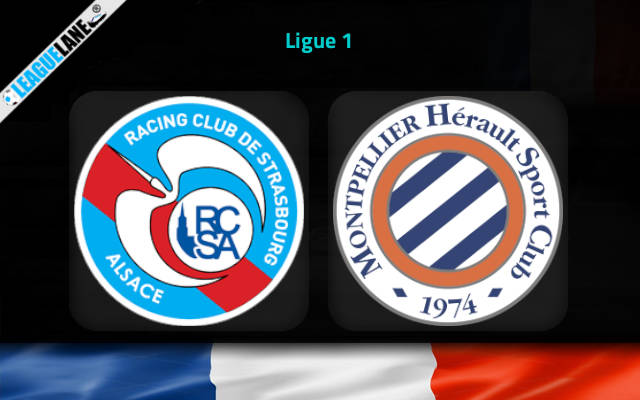 In game week 21 of Ligue 1, Strasbourg faces Montpellier for their next match on Sunday at Strasbourg.

Strasbourg is in the 8th position on the league table with 29 points from 19 matches. Their last match was against Metz. In the match, they scored two goals while not letting the opposition score a goal. The match ended with 0-2 FT score.

Strasbourg’s 6-game unbeaten streak in the league matches was broken with their loss against Marseille. However, the team has made up for the loss with the win in the last match. Having lost their matches only occasionally, they have played well in their recent matches. In the last ten matches, the team has scored in eight of the matches and have won in five of them. They have played ten of their matches in the home ground so far. Their performance has been good, scoring goals in most of the matches and winning in five of the matches.

Montpellier has added yet another win to their win tally and now has a win streak in the last six matches. Their last match was in Coupe de France, which ended in a win after the team scored the only goal in the match.

Montpellier has moved up the table to the 5th position with 31 points from 19 matches. The team has played well in their league matches, winning in four successive games. They have scored in nine of the last ten matches and have won in seven of the matches as well. However, the team didn’t star in their away matches in the beginning. The team has made up for it now and is securing as many wins as possible in the away matches. At the moment, the team has a 2-game win streak in the matches.

The teams have already faced each other a couple of day back in which Montpellier was the winners. Montpellier is the best team of the two. However, Strasbourg has an advantage of playing in their home ground, where they have played well in the recent matches.

Match is most likely to end in a win for Strasbourg or in a draw. The visitors have played well in their recent away matches, so it will not be easy for Strasbourg to win in the match. Both teams have scored in most of their last matches and will do so in the match as well.