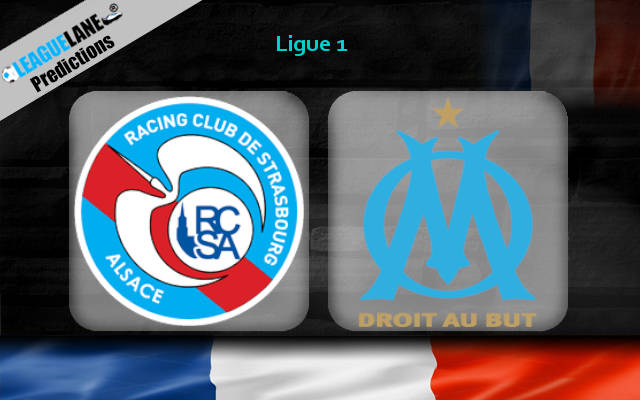 The Friday night game in Ligue 1 looks like a difficult one on paper for Strasbourg who come into this game in 19th place. From 9 games played so far the club have lost 7 of them although a win would see them move out of the relegation zone.

Last weekend Strasbourg lost 2-1 at Reims, another club that have struggled this season and it was an unfortunate loss given that Strasbourg were coming into that game having beaten Brest 3-0. One could have thought that the club had turned a new chapter but it wasn’t though the club had plenty of chances and overall did play well.

Marseille’s game against Lens was called off at the eleventh hour last weekend as so many Lens players fell ill with Coronavirus that it was impossible to play the game at Stade Velodrome. But L’OM have not been able to rest as they played in midweek in the Champions League. They lost away to Porto 3-0 and the club look like they will go out of the competition at the group stage as they also lost their first game of the campaign at home to Manchester City by the same score.

Obviously in Europe this has been a disappointment for Marseille who would want to have made an impact this season after seeing PSG and Lyon do well last season.

Strasbourg vs Marseille: Head to Head

Marseille’s league form is good coming here as they have won their last 2 games in a row and have gone 5 games unbeaten picking up 9 points from their last 15 available.

On the road Marseille are unbeaten this season winning 3 and drawing once and that makes them a dangerous team.

Of course Strasbourg have been able to rest this week whilst Marseille were in Portugal on Tuesday and that could mean they are more fatigued than their hosts. We expect a good game but Strasbourg can take advantage of Marseille having to travel- ideally this game would have been better suited to Marseille if played on Saturday.