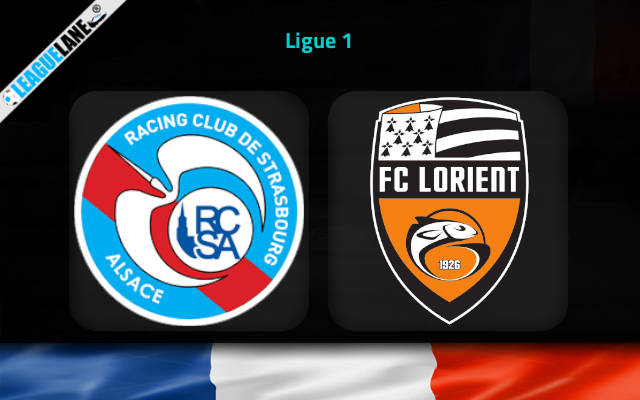 Lorient might be going through a rather poor streak at present, but make no mistake that they are one of the best teams in the Ligue 1. Meanwhile, Strasbourg are actually one of the weakest, and are even a contender to get relegated at the end of the campaign.

They are placed 18th in a table of 20, and secured a single win all through the campaign. And of course, that sole victory came against the dead-last placed Angers.

All through the campaign the team let in goals in huge numbers, and they did so even at home. Barring four draws, they have a perfect losing record, and only a handful of teams let in more goals than them in home games.

Meanwhile, Lorient might have lost their last two games. But take note that the defeats came against current champions PSG, and titans Nice. If not for their tough schedule, they might still be on an unbeaten run.

In fact, their third and final loss this season in the Ligue 1 came against another top-tier squad, Lens.

It is clear that the team has made it a habit to perform well against teams in the lower half of the table. And they have got a great opportunity this weekend at the Stade de la Meinau.

Count on them to make the most of this chance, against the struggling Strasbourg.

Strasbourg lost 4-2 on the road the last match-day, against the 17th placed Ajaccio. They conceded two or more goals in their last seven fixtures in a row, and the last they won at home was back in May. In fact, they have a single clean sheet to their name in the past seven months.

On the other hand, Lorient have an unbeaten record after August, barring their match-ups against PSG and Nice. And disregarding two other draws, they have a 100% winning record too.

They are also on a long invincible run on the road, and scored goals in plenty all along.

By the looks of things, expect a win for Lorient this weekend.

Tips for Strasbourg vs Lorient