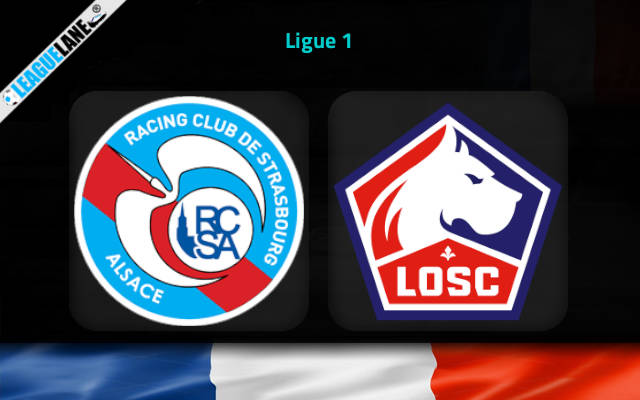 Former champions Lille are slightly struggling for consistency in the French top flight lately. But they surely are delivering a lot of great performances too. And they have a great opportunity this Friday to raise their confidence level with a huge win over the struggling Strasbourg.

Strasbourg are placed 14th in a table of 20, and so far they managed to post a single win. The victory came against Angers, who are currently placed in the relegation zone.

Offense has been a major issue to deal with for the team. They so far found the back of the net just ten times from ten fixtures, and at the same time they conceded goals in huge numbers too.

Moreover, they are yet to register a win in front of their home crowd this season in any competition, and all through this stretch they let in goals in huge numbers too.

Meanwhile, previous champions Lille had a tough schedule lately, and as a result they failed to go on a consistent run of good results. Still they managed to make good use of their fixtures against weaker teams – and this coming Friday they have such an opportunity.

Not only are Strasbourg totally failing to leave a mark in the Ligue 1, but they also have a poor h2h record against this rival over the years.

It appears to me that Lille are primed to post a win this Friday at the Stade de la Meinau.

Strasbourg have a 100% winless record this season in the Ligue 1, barring their match-up against Angers. They also let in two or more goals in every single one of their match-ups in the past month.

On the other hand, Lille recorded a 1-0 win at home against Lens the previous game week. They also managed to win every other fixture in the league lately, and delivered some good performances on the road in the meanwhile.

On top of that, they have a dominant h2h record against this rival over the years, and taking into account all these observations, expect a victory for Lille this Friday.

Tips for Strasbourg vs Lille