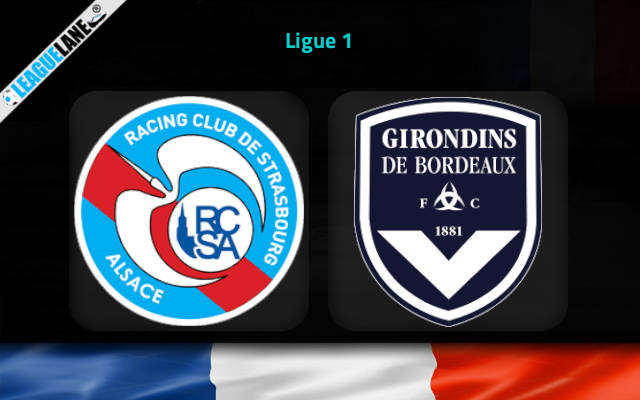 Strasbourg are well capable of scoring goals, especially in front of the home crowd. They are now up against Bordeaux who have the worst defense in the league after shipping two or more goals in each of the last four games they played. The home win in a high-scoring affair is how we see this match ending up.

Strasbourg made it three draws on the spin on Sunday afternoon when they shared spoils with Monaco away at Stade Louis II.

It was another decent performance from Julien Stephan’s troops who are now unbeaten in four successive league affairs.

Such a run has brought Strasbourg up to 8th position in the Ligue 1 standings. They are five points below the European positions.

There are no doubts the hosts will be highly moti9vated to maintain their unbeaten run on Wednesday evening when bottom-half Bordeaux come to visit Stade de la Meinau.

The visitors boast the worst defensive record in the entire competition with 32 goals conceded in 15 games.

Bordeaux have shipped at least two goals in each of the last four league affairs. The latest ended in a 1-2 home defeat to Brest on Sunday afternoon.

Since Strasbourg bagged as many as 18 goals in 8 home fixtures this term, we would not be surprised to see goal fest on the first day of December at Stade de la Meinau.

Tips for Strasbourg vs Bordeaux