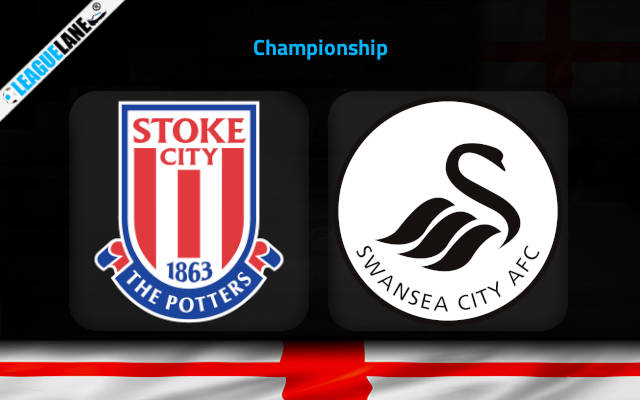 Swansea have been one of the worst team in the Championship this season ans as expected they are placed third from the bottom in the table. Meantime, Stoke are in possession of the 17th position and their form has been comparatively more impressive.

The Swans have won just once this season so far, and they are on a winless streak as well. They have also scored least number of goals and have conceded the most of all the teams in the tournament.

It also deserves to mentioned that they have leaked a total of six goals from their previous three rounds in the current edition of the Championship.

Meanwhile, Stoke seems to have picked up things from the past round against Blackburn as they sealed a clean sheet win. They were on the back of three winless games before recording the above mentioned positive outcome.

All along they have been finding the back of the net consistently and they hope this momentum will help them to post even more points on the board in the coming weeks.

By the looks of things, it is expected that we are about to witness a victory for Stoke this Wednesday.

The Potters are unbeaten seven of the past 10 home fixtures, and in the process they had gone on separate five-fixture unbeaten streak.

On the other hand, Swansea are winless in six of the previous eight on the road fixtures, and in the process they had gone on separate three-game as well as two-game winless streaks.

Considering these observations expect a victory for Stoke when they play host to Swansea in a Championship fixture on Wednesday.