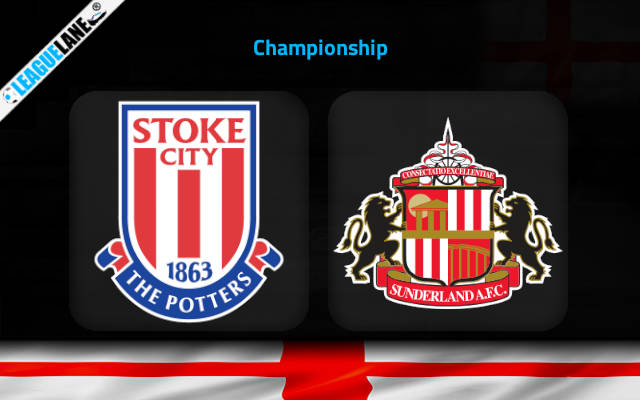 Neither Stoke nor Sunderland have started off this Championship season positively. Both these Championship outfits will meet each other at Bet 365 Stadium on Saturday in match-day 5.

Leaking two unanswered goals against Millwall in the full-time was the first recording of Stoke this Championship season. Since then, they have not shown any signs of bettering here.

They hosts Sunderland at home where they owns the crowd. Anyways, Sunderland is already winless this season. The opposition might not need an extra force to seal a win from this Black Cats side who have been following an inconsistent form.

By the looks of things, we can expect a decent display from the hosts which might pacify their supporters who have been expecting a positive display from them which is motivating.

Sunderland were having an inconsistent form on the road towards the end of the pre season warm-ups. Sunderland remained winless in four of the past five on the road outings. Three of them were negative displays with their defensive line-up leaking two goals at least.

Their hosts in the upcoming fixture is definitely having a better form than that at present. At home, Stoke follows an unbeaten streak for five games of late. Their offensive side have displayed some better performances which is worth noting here.

But, that wont balance their poor defensive steel here. We can see the preventing side leaking in three of the recent five home outings. In that case, we can expect a goal from the opposition.

Thus, we are in favour of Stoke to end up this game victorious. We also back the both teams to score option considering the defenses of both.