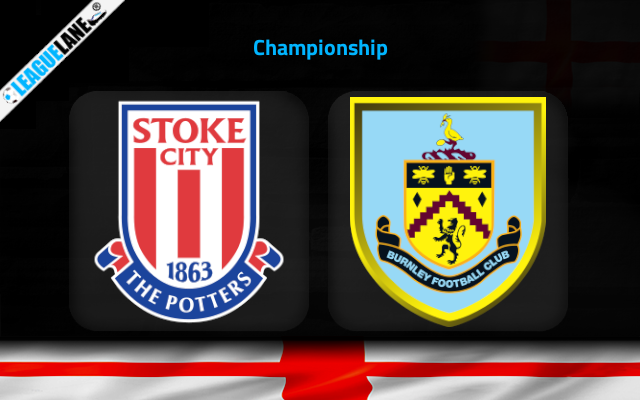 Stoke vs Burnley Predictions and Free Tips from our expert tipsters when the teams go head-to-head in the England Championship on Friday, 30 December 2022.

The recent display of Stoke does look good and what they needs the most is recording the same consistently. However, they are still near the danger zone.

Stoke should have a very tough test at Bet 365 Stadium on Friday as they faces Burnley who is currently in possession with the top spot.

They have only met once in a Championship fixture since 2008. It was the reverse fixture which had finished in a 1-1 draw.

At this stadium, Burnley won 6, drew 3 and lost 4 of their 13 head to head encounters against Stoke.

Who will win the match between Stoke vs Burnley?

Burnley is on a strong run in th league lately. They will head into this fixture following a three-game set of victories. Sitting at the top of the Championship table, they will only aim to secure it by sealing more of those.

Going on, they might seal a win on Friday as they faces Stoke who has been struggling to maintain a positive consistency even at home. Therefore, we expect a victory for the visiting Burnley side here.

Both these squads have been recording high-scoring matches consistently of late. Burnley’s last six league outings saw the landing of over 2.5 goals ft.

The case is not different with Stoke’s displays in the past matches. Thus, we expect this match to have over 2.5 goals ft.

They both have a defensive line which have let in goals consistently at the respective patches. Their head to head tradition have been also both teams involving affairs. Therefore, expect goals from both ends.

Considering all these observations, we like to place Burnley to win at 2.25 odds as the main betting option.

For the second tip, we like to place the both teams to score option at 1.73 odds.