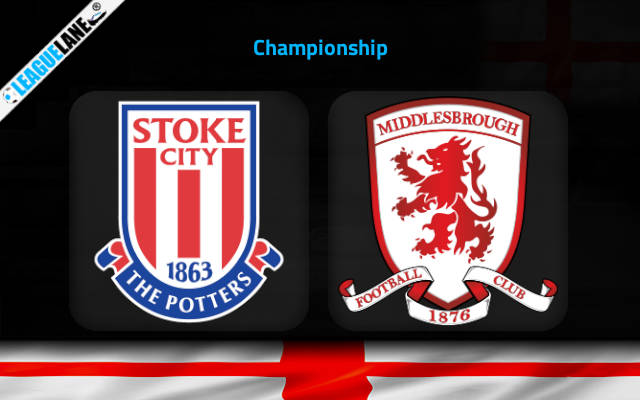 Middlesbrough were one of the very best teams in the English second division the last season and they had missed out on the playoffs by a small margin of points. Meanwhile Stoke have had issues with their defense lately but at the same time they have been consistently finding the back of the net as well.

They had finished 14th in a table of 24 last season and at the end of their run they had managed to post a goal difference of just +5. It seems that their inconsistency in keeping clean sheets have followed them even into this new campaign.

In fact, they seldom have managed to keep a clean sheet in the last several weeks and it is worrying that they have been unable to do so even in front of their home crowd.

Meanwhile Middlesbrough have started their league campaign on a totally worrying note. They have remained winless so far and at the same time they have let in goals in plenty as well.

Going on, they have also struggled quite a lot in road fixtures lately, and on top of all that, goals have come in plenty whenever these two teams have locked horns in the past.

Taking into account these observations, expect a high-scoring affair this Wednesday between the two teams.

Meanwhile Middlesbrough were held to a 2-2 draw the previous game week in front of their home crowd by Sheffield United. They are also on a 3-game winless run and they had let in two or more goals in 2 of their past 3 fixtures.

They were also winless in 12 of their past 17 road trips and in the process they had even gone on a 3-game losing streak.

Considering these observations, anticipate a goal fest this Wednesday between the 2 teams.

Tips for Stoke City vs Middlesbrough