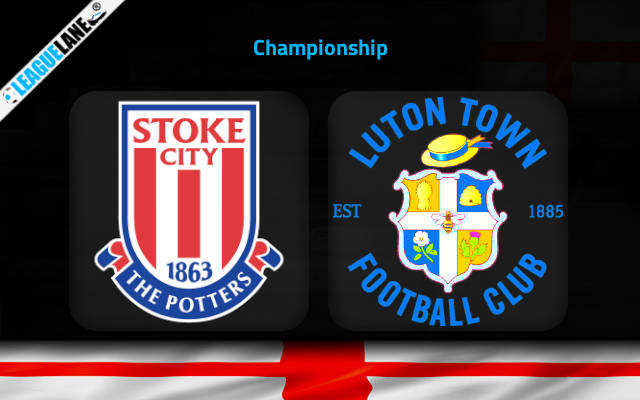 Stoke City will clash with Luton Town this Saturday for match-day 9 in the EFL Championship. Both teams are separated by one point in the league table.

The recent form looks almost similar for both teams this season. Both sides lost two of their last five games as well.

The team led by Alex Neil are currently placed in the twentieth position on the league table. They lost to Reading by 2-1 in their last league outing. In that game, Ben Wilmot scored the only goal for the current host in the 40th minute.

It is interesting to note that three different players have scored for Potters in their last three games.

Meanwhile, Luton lost to Wigan Athletic by 2-1 in their last outing. Carlton Morris scored the opening goal in the 39th minute.

Tom Lockyer scored an own goal with ten minutes remaining. Wigan managed to score the winning goal in the 88th minute. This defeat ended Hatters’ unbeaten streak in the league.

It is worth noting that Nathan Jones’s team managed to draw against league leaders Sheffield United, thus the team’s defensive backline is very organised this season.

The recent form is showing that both teams have lost their previous league game. Stoke City, the host for this fixture, have only managed to score three goals in their last four outings.

It is important to note that, Carlton Morris has scored three goals in his last eight appearances – as such, he is the most important player in the team. Therefore, we can expect him to extend his goal tally in this upcoming fixture as well.

Our prediction is that Stoke City will take the lead at half-time and win – the odd for this tip will be at 3.75. Stoke won three of the last four encounters against Luton.

Moreover, our next tip for this game is Over 2.5 goals – the odd for this tip will be at 2.10. Over 2.5 goals have been scored in two of the last six matches between both teams.