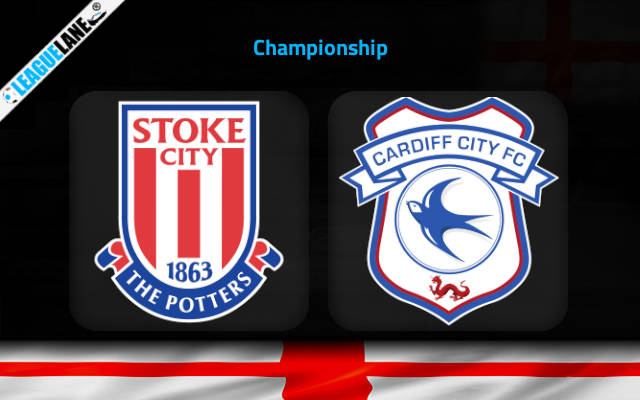 Stoke vs Cardiff Predictions and Free Tips from our expert tipsters when the teams go head-to-head in Championship on Saturday, 10 December 2022.

Stoke have the most turbulent form in the league. They are losing every alternate game. This is what Alex Neil is concerned about as his team will play against Cardiff. This unusual form started in November.

At the same time, Cardiff are slowly moving towards the relegation zone. They have lost more than 50% of their matches this season. Hull City who are an easy target managed to put three goals past this team last month. This shows that the team is lacking consistency. However, they do have a decent record against Stoke.

Two of the last three overall head-to-head matches have ended in a stalemate between these two teams. The visitors are unbeaten in the last two matches at Stoke’s home ground.

It is important to mention that Cardiff are unbeaten in the last four overall encounters starting from late 2020.

Do note that the host have lost three of their last four home matches.

Who will win the match between Stoke and Cardiff?

We are backing Cardiff to take all three points from this game. Both teams are separated by a single point on the table ranking. Moreover, they have an unbeaten record of four games.

At the same time, the host are going through a very unusual form and they are clearly lacking consistency.

Both teams have scored consistently since 2020. The only exception is one match. Do note that the most recent meeting ended in a 2-1 scoreline. Therefore, we expect the same trend to carry on this time as well.

The first tip is that Cardiff will win this game by 2-1 – at 13.00 odd. The visitors have won the last two matches at Bet365 Stadium by scoring at least two goals.

Our second tip is that both teams to score – at 1.83. Both teams have scored a combined total of nine goals in their last two consecutive matches.