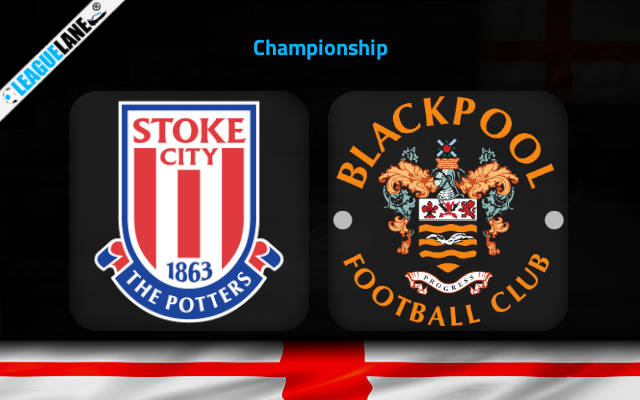 Blackpool overtook Stoke City in the 14th position of the Championship standings last weekend when they completed a comeback in the 4-1 drubbing of Reading.

The Potters will get a chance to regain their position straight away this Saturday when they play host to the Seasiders in the 36th round of the competition at bet365 Stadium.

Stoke City look to have given up the battle for the playoffs. They do have enough quality and talent in their ranks to challenge the top-flight promotion, but just lack team chemistry and luck to get there.

The latest of the failures for Michael O’Neill and his troops came seven days ago. They got off to a fantastic start against AFC Bournemouth when Tom Smith broke the deadlock 20 minutes in.

However, full-back Morgan Fox got sent off twelve minutes later to make the Potters’ job much more difficult at Vitality Stadium.

O’Neill’s troops defended well all up until the final ten minutes of the affair when they eventually conceded two goals in quick succession to lose the game 2-1.

We have ti mention that Stoke City shipped at least two goals in each of the last four outings they played in the league.

We can thus expect goals when they come face to face with Blackpool who have also favored attacking-minded football in their recent games.

Each of the last seven matches the Seasiders played in the league produced goals at both ends.

Since both Stoke City and Blackpool have played some high-scoring outings of late, we have no other option but to take the attractive 1.80 odds offered for the Both teams To Score bet.

As for the outcome, we will shoot for the draw at the 3.25 odds knowing that three of the last four matches Blackpool played on the road ended in stalemates.