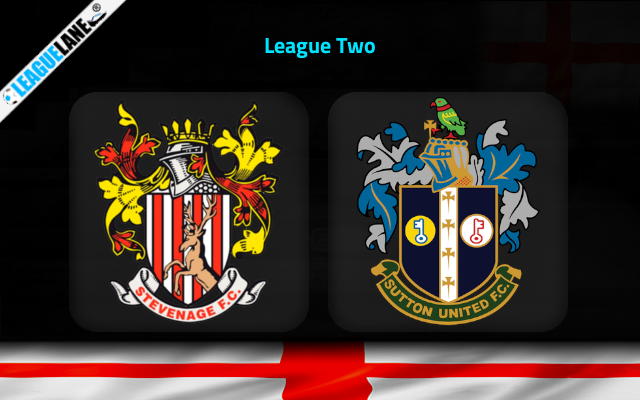 Stevenage were on a long win less run before they snatched a win against Walsall in their last league match at home. In that match they bagged three goals against one scored by the opposition.

They were going win less for six games and they will be hoping to continue their result from the last match in front of their fans at Broadhall Way when they meet 4th placed Sutton In Matchday No 27 of League Two on Saturday afternoon.

Meanwhile, Sutton have been performing great recently. They are slotting in goals at a good rate, and at away they have conceded more than the number of goals they scored.

Sutton had just recorded a win Exeter at home. They were also unbeaten in 7 of their past 10 fixtures. They have won 6 of those 10 games.

Sutton are in a better shape. They have won 12, drew 3 an lost 8 of their total 23 league matches allowing them to bag 39 points for securing the fourth spot.

They will be hoping to make it three subsequent winning games, following a 2-1 victory against Exeter and 1-0 victory over Harrogate, both at home.

Knowing that they have scored in each of the last 8 League Two games, we have more than enough reasons to expect them to find the back of the net at least once here.
They are not that impressive on road but that won’t count much when they travel to Stevenage. They have been leaking goals in 5 of the last 7 league matches they hosted.

They are on the verge of the relegation picture and are just four points clear from it. We don’t quite see the value of backing the hosts at 2.60 odds.