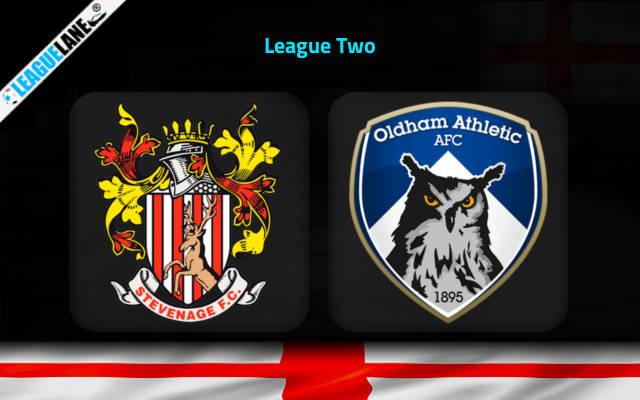 Game week 33 of League Two brings us the match between Stevenage and Oldham Athletic on Saturday.

Stevenage has not played well in their matches this season. The team is currently winless in their last ten matches. Their poor form has put them as the first team on the relegation zone with only 34 points to their name.

Stevenage played their last match against Exeter City. Exeter maintained the lead they had secured in the first half of the match until the end of the 90 minutes. The match ended in a loss for Stevenage with 2-1 FT score.

Oldham Athletic played their last match against Leyton Orient. Oldham scored two goals in the match and defended their side well, leaving Leyton goalless. The match ended with 2-0 FT score.

Stevenage and Oldham Athletic are in the same boat when we look at the team’s performance. Both teams have equal points from their matches so far and a win in this match will break the stalemate. Stevenage has not had a win in the last ten matches. Oldham has broken their loss streak with the win in the last match.

Stevenage’s recent home matches have not achieved the results the team had hoped for. They have lost in the last four consecutive home matches. Oldham, similarly, have not exhibited the best performance in their away matches. The team has not had a win in the last five road trips.

I believe Oldham will try their best to keep their streak going. The results show that Stevenage and Oldham have got some difficulty with scoring in most of their recent matches. So, there is a good chance for the match to end with a clean sheet for Oldham.