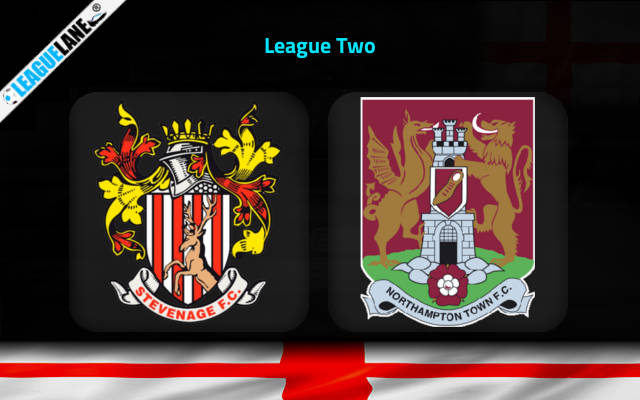 In game week 37 of League Two, Stevenage faces Northampton Town for their next match on Tuesday at Stevenage.

Stevenage has added yet another loss to their name after their last match against Newport County. Newport County started their scoring right after the start of the second half. They scored two goals in the match and defended their post well from the opposition, leaving Stevenage goalless. The match ended with 0-2 FT score.

Carlisle United took advantage of the penalty the team was awarded in their last match. Northampton had hoped to end the match in a draw, but the last-minute goal ended their hopes. The match ended in a loss for Northampton with 2-1 FT score.

Stevenage has played poorly in their recent matches. They are winless in their last eight matches, in which six have ended with clean sheets for their opposition. They have won in their matches only occasionally. This poor performance has placed the team in the bottom half of the league table only three points ahead of the first team on relegation zone. The team has earned only 34 points from their matches so far as well.

Northampton’s recent matches have ended with mixed results for the team. From the last five matches, they have won in one, drawn in two and lost in two. The team has shown strong form in their matches before that and can get back in their form at any time as well. Their strong form has put the team in the second position on the table with 60 points from their matches.

Northampton seems to be in a hiccup with their form at the moment. But they have the potential to get back in form anytime and secure wins. Stevenage has played poorly in their matches, earning wins only occasionally. Stevenage will have a tough time when facing against Northampton Town.

Looking at the records, the match is likely to end in a win for Northampton. Stevenage has not scored in most of their recent matches, making it probable for the match to end with a clean sheet for Northampton Town.