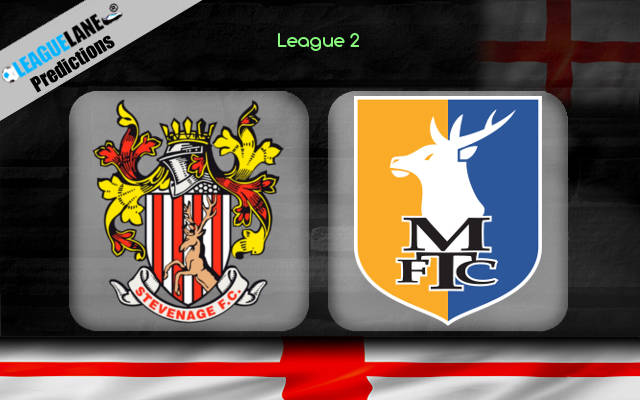 Both teams are placed in the bottom-most tier in the table, and have conceded in plenty so far. However, Mansfield have recently been improving, and are consistently finding the back of the net.

And with a good h2h record as well, expect them to emerge victorious this Saturday at the Broadhall Way. Frankly, they need this win to put some distance between themselves and the relegation cut-off.

Stevenage were winless in six of their previous seven overall fixtures, and they had conceded two or more goals in five of their past seven games.

Going on, they were winless in 15 of their past 18 overall fixtures, and they have won just thrice at home in the past eight-month period.

On the other hand, Mansfield are on a three-game winning streak, and they had scored a total of nine goals in the process. On top of that, they also have a superior h2h record against this opponent over the years.

For the reasons, expect a win for Mansfield this weekend.

However, it needs to be stated that both teams are struggling with their defenses lately, and are letting in goals in huge numbers.

And with either team desperate to put an end to their dismal runs, the expectation is that we are about to witness a high-scoring affair between the two this weekend.