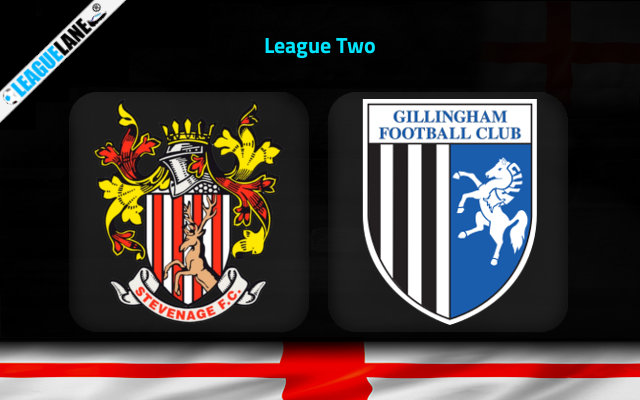 Stevenage vs Gillingham Predictions and Free Tips from our expert tipsters when the teams go head-to-head in the England League Two on Monday, 2 December 2022.

Stevenage have been able to avoid defeat consistently in the league matches. They have a very good defensive line. With an attacking line that plays in perfect harmony with it, they managed to remain unbeaten in 19 of the 22 games they played so far in the season.

Meanwhile, Gillingham has not been able to pull of some trees lately. In fact, they have only won twice so far in this campaign. As a result, they are dropped into the foot of the league standings.

They have only met once in the last six years. Stevenage is on a two fixture unbeaten streak against Gillingham.

Their most recent encounter at this stadium was recorded on 2015. the match ended in a 3-0 win for Stevenage.

Who will win the match between Stevenage vs Gillingham?

Stevenage is having a three-fixture unbeaten streak at home. Meanwhile, Gillingham have not emerged victorious on the road so far in this season.

This match is a great chance for the hosts to decrease their gap with the top spot team Leyton Orient. We expect Stevenage to seal a win on Monday.

Neither of these two sides have recorded more than 40% of the matches with over 2.5 goals ft. We don’t expect any involvement from Gillingham in goal-scoring here.

This could possibly be a one-sided affair and we don’t see the value of backing over 2.5 goals ft at 2.08 odds.

Stevenage have succeeded in keeping a clean sheet in the last three home matches. They should be able to maintain the same on Monday as they faces a weak Gillingham. Thus, both teams to score option is unlikely to land in this fixture.

A 2-0 win for Stevenage seems to be ideal here. Backing that scoreline at 6.00 odds will be our first pick here.

For the second tip, we like to place the under 2.5 goals ft bet at 1.73 odds considering the goal trend of these two teams.