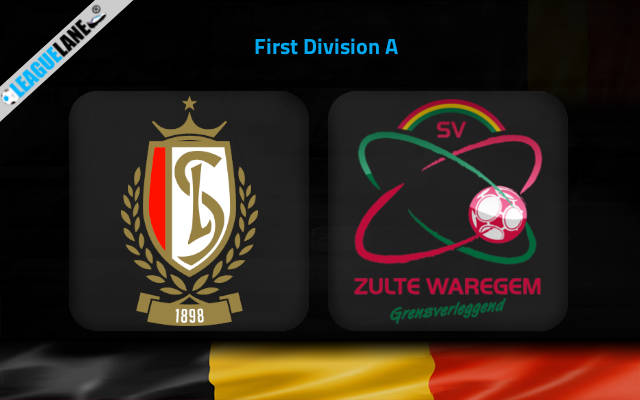 Zulte Waregem parted ways with Francky Dury last week as they decided to go for the dual-manager option, appointing Davy De Fauw and Timmy Simons as the new pair of head coaches.

The duo managed to cause the immediate positive shock as the team ended a three-loss streak with a 3-2 home win over Mechelen last weekend.

Zulte Waregem showed a phenomenal team spirit to score two goals in the stoppage time of the affair and thus secure a precious three-.pointer against mid-table opposition.

Waregem moved away from the red zone with the win. However, they are still just one point above RFC Seraing in 17th position.

Next up for Zulte Waregem are Standard Liege who occupy a disappointing 12th place in the First Division A table.

Standard lost two of the last three league affairs. They will go into this off the back of a 2-1 away loss at OH Leuven.

The team led by Slovenian manager Luka Elsner dominated the pitch on the occasion, registering the total of 22 shots but they only managed to find a late consolation goal through Collins Fai.

Standard have not been great at home so far in the season as they won only two of nine league fixtures in their own backyard this term.

Backing goals is the way to go here. Both teams have looked decent up front of late (much better than defensively). Knowing that each of the last nine head to head outings they played saw three or more goals scored, we have to go with the Over 2.5 goals FT & Both Teams To Score pick at the odds of 1.72.

The bookmakers see Standard Liege as heavy favorites here but we believe the value is with Zulte Waregem who are 2.25 to leave Stade Maurice Dufrasne unbeaten on Sunday.