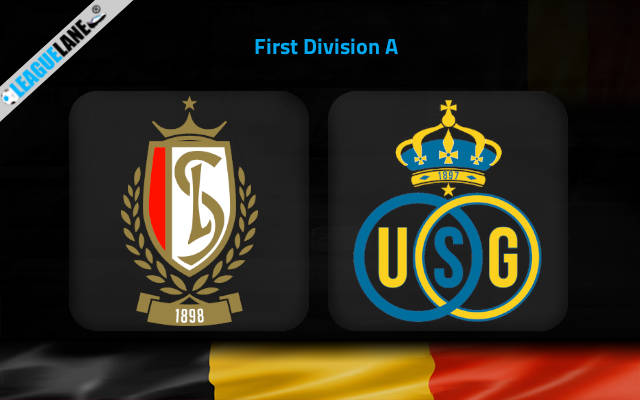 Standard Liege has played their matches with inconsistency with their form this season. The team can’t seem to keep win streaks in the match. Their form drops suddenly leading to cold streaks. The recent matches show the team getting mixed results from their matches. Their form has put the team in the 13th position on the league table with 36 points.

They played their last match against Kortrijk, in which Standard Liege scored their goal in the 77’minute, making it difficult for the opposition to score an equalizer. The match ended with 0-1 FT score. With only two more matches left in the regular season, Standard Liege has no chance of getting up qualifiers for Conference League.

Union SG has played well in their matches this season and last in only a few of their matches. Their strong form has put them in the top position of the table, 5-point ahead of the second team. From the last ten matches, the team has got six wins, three draws and one loss.

Oostende’s hopes for a win in the last match were stopped by a last-minute goal from Saint-Gilliose. The match ended in a draw with 1-1 FT score.

Standard Liege has achieved mixed results from their matches this season. Their inconsistency will be a disadvantage for the team when they play against a team such as Saint-Gilliose. Saint-Gilliose is unbeaten in their last five matches and has scored over 1.5 goals in three of them.

Liege’s recent home matches have not produced the results the team had hoped for. They have only two wins to show from the last ten home matches. Union SG, on the other hand, has played well even on their road trips. They have not lost in their last thirteen away matches as well.

I believe the match will end in a win for Union SG. Standard Liege has failed to score in most of their recent match. So, we can expect the match to end in a clean sheet for Union SG.