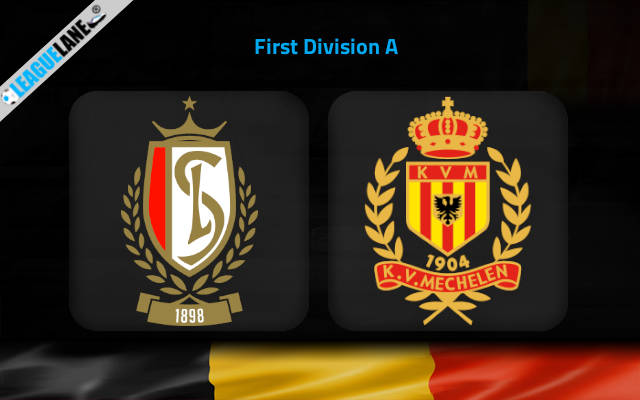 Standard Liege vs Mechelen Predictions and Free Tips from our expert tipsters when the teams go head-to-head in the Belgian Jupiler League on Tuesday, 17 January 2023.

Mechelen will be hoping for a repeat of their previous result, a 2-1 win against Oostende. However, it is worth noting that they have only won once in the past six league outings.

They will be facing Standard Liege sitting at 6th position in the league standings on Wednesday. The team is currently having an inconsistent form following a winless streak, but bookies are in favor of them to bag a three pointer here.

Mechelen is on a five-match winning streak against Standard Liege. The reverse fixture was their latest meeting and the match ended in a 2-0 win for Mechelen.

Mechelen have not lost in the past three matches against Liege at this venue. Both teams to score and over 2.5 goals have often landed in their h2h meetings here.

Who will win the match between Standard Liege vs Mechelen?

Liege managed to record an unbeaten outcome in three of the past four home fixtures. It includes a couple of victories sealed over teams sitting above Mechelen in the standings.

Moroever, Mechelen lost the past four road trips in a row leaking goals in a worrying fashion. Therefore, we expect a win for Standard Liege on Wednesday.

Standard Liege have allowed goals at a rate of one per game in the last four home fixtures. Their defensive line displays enough of holes and we are anticipating a both teams scoring affair here.

Losing four games in a row on the road counts much here despite of the head to head upper hand against Liege. Also the hosts have a comparatively better recordings than Mechelen of late.

We therefore like to place a win for Standard Liege at 2.00 odds as the main betting tip while backing Over 2.5 goals at 1.75 odds for the second.