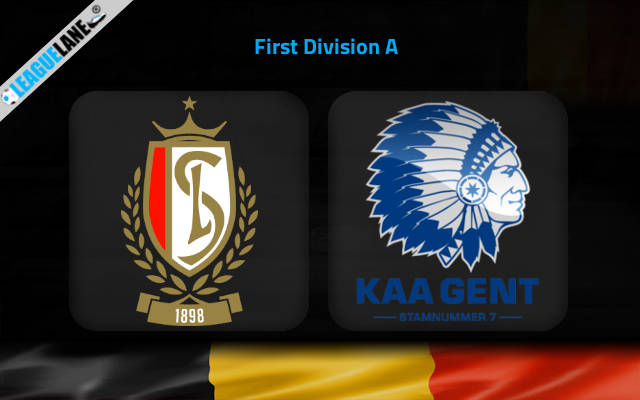 Standard Liege had a really disappointing campaign the last season and their struggles with finding form still seems to have not come to an end. Meanwhile Gent will be high on confidence after having secured a ticket to European competitions from the Belgian playoffs.

Liege had finished 14th in a table of 18 the last season and had a surplus of just 8 points over the relegation cut-off. They had won just 9 times all through the competition and they had let in a total of 51 goals from their 34 fixtures.

Even now most of their recent matches have ended in losses and they have been letting in goals in alarming numbers as well. It also needs to be noted that they have continued this worrying streak even in home games.

Meanwhile Gent had finished 5th at the end of the regular season and then they managed to secure a top-place finish during the playoffs. Do note that they had remained unbeaten all through the playoffs.

Going on they have been consistently finding the back of the net lately and most importantly they also have a dominant head-to-head record against this opponent over the years.

By the looks of things, it is expected that we are about to witness a victory for Gent this Friday.

Liege are on a 6-game winless run and 5 of these were losses. Do note that they had let in 2 or more goals in 4 of these past 6 matches. Moreover they have also won just thrice at home in the past one year.

On the other hand, Gent were unbeaten in 12 of their past 17 overall fixtures and in the process they have even gone a 4-game winning streak.

Considering these observations, as well as the head-to-head superiority of Gent, expect a win for them this weekend.

Tips for Standard Liege vs Gent