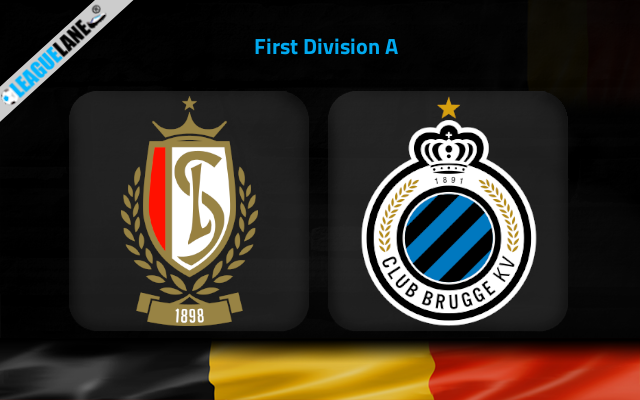 Standard Liege are counted amongst the worst in the Belgian top flight especially so during the last season. The last time around the team had finished in a bottom-half position of the league table, and all along they had let in goals in huge numbers.

Going on, the team had won 4, drew one and lost 3 of their 7 outings in the new Jupiler League season. It deserves to be mentioned that, they had let in a total of 12 goals over the course of these games.

Meanwhile, Club Bruges have been one of the best teams in the Belgian top flight for the past several years. They had finished second in the table owning the most number of goals and the team that lost the fewest number of fixtures in the whole of the tournament.

The Blauw-Zwart seems to have picked up things from where they left off in the previous season. They have only lost once in the new campaign so far with a perfect score including 6 wins.

After the opening fixture’s draw, Club Bruges made it 5 consecutive winning games at the start of this season. It is worth noting that they had scored a total of 14 goals in those 5 games. Going on, they are on a 4-fixture winning streak on the road.

On the other hand, Standard Liege is on a 3-fixture winning streak and had scored a total of 4 goals in the process. At home, they are on an inconsistent run of late.

The exceptional form of Club Bruges might be maintained further on Sunday by the looks of things here. We expect a win for them in this both teams scoring affair against Standard Liege.