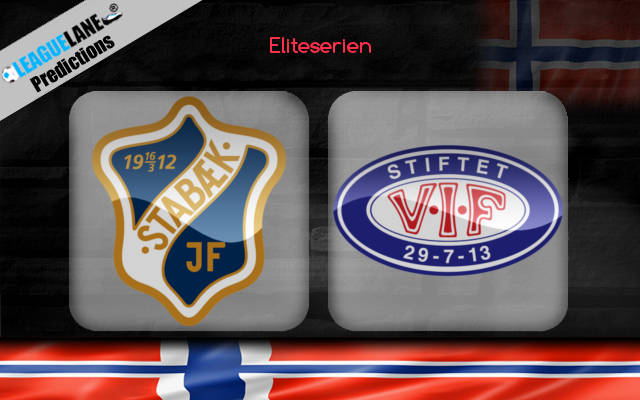 Valerenga had finished third in the table the last season, and have once again raced to the top tier of the standings this time around. Meanwhile, Stabaek are placed second to last, and are conceding goals in plenty. Likely, expect Valerenga to deliver a win this Wednesday.

Stabaek have won just once all through this campaign, and the sole victory had come against the dead-last placed Brann. Do also note that only two other teams have scored fewer goals than them so far this campaign.

Going on, take note that Valerenga have lost just twice till now in the 2021 edition of the Eliteserien, and they are also on a superb run on the road at the moment. The team is scoring goals at a good rate, and are gunning for a spot in the podium.

By the looks of things, expect a Valerenga victory this Wednesday.

Valerenga were unbeaten in 22 of their preceding 25 overall games, and they had scored three or more goals in six of their former 12 fixtures. They were also unbeaten in eight of their past nine road trips.

On the other hand, their counterparts had lost three of their last four match-ups, and they had conceded two or more goals in all these four fixtures. Moreover, they have won just once at home since October of 2020.

Taking into account these observations, expect a win for Valerenga at the Nadderud Stadion.