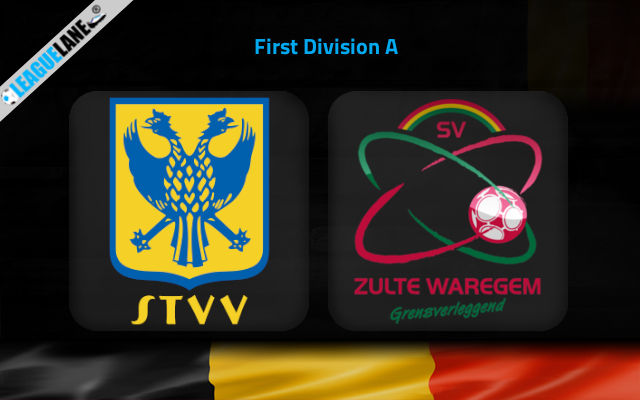 St. Truiden vs Zulte Waregem Predictions and Free Tips from our expert tipsters when the teams go head-to-head in Jupiler League on Tuesday, 27 December 2022.

Zulte have lost nearly 60% of their matches in the league and are now in the relegation zone. They played well against Deinze in the knock-out round of the Belgian Cup. This is the only positive result they got this month.

At the same time, STVV are also through to the next round of the Belgian Cup as they defeated their rivals Club Brugge. Both teams will be playing in the Jupiler League for the first time this month. They both have performed well in their friendly games earlier this month as well.

Both teams will be meeting for the third time this year. The host are on a two-game winning streak against this team.

The head-to-head record shows that the host have won three of the last five overall encounters.

Who will win the match between St. Truiden and Zulte Waregem?

STVV will most likely win this fixture. The main reason is that they have a solid winning record against Zulte in 2022.

Apart from the various cup competitions, the visitors have not performed well in their away league trips.

Three of the last four overall head-to-head meetings ended with over 2.5 goals. This fixture has been a high-scoring one in the last two years.

Both teams have scored in the last two consecutive matches at Stayen. We can back both teams to score in this fixture as well. Another reason is that both teams have found the back of the net in the Belgian Cup recently.

The host are on a two-game winning streak since this year. Moreover, they have won four of their last five outings in all competitions. We can back St. Truiden to win this game- at 1.66 odd.

Our second tip is that Over 2.5 goals with both teams to score – at 2.20. Both teams have scored a combined total of seven goals in two of the last three encounters.