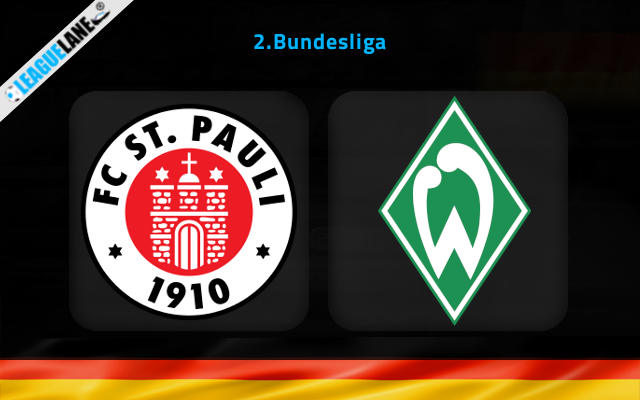 Both St. Pauli and Werder Bremen are having a strong form in the league since the beginning. Both these safe zone outfits will meet at Millerntor-Stadion on Saturday in a 2.Bundesliga fixture.

St. Pauli are having an impressive form this season. They are currently at the third spot of the table with a total of 51 points, one point away from the topper Bremen. They possess a strong offensive and defensive lineup who have recorded impressive goal stats on the table.

St. Pauli recorded a 1-0 defeat on road against Hansa Rostock in their most recent league fixture. They were on the back of three subsequent unbeaten fixtures before recording the above defeat. They will be hoping to get back to the winning ways for sure.

Meanwhile, Werder Bremen are at the top of the table currently with a total of 52 points. But they are not secured there as the gap between them and the teams behind them are not that much. They possess an impressive offensive and defensive side and will be hoping to deliver their full potential to seal a win from this fixture.

Bremen played a 1-1 draw at home against Sandhausen in their most recent league fixture to make it two subsequent league games without a victory. They will be expecting to make it three.

We can see St. Pauli remaining unbeaten in 9 of their past 10 home affairs. They won 7 of those 9 unbeaten home fixtures.

On the other side, Bremen are also possessing the similar form on road. They won six of the past 10 on road fixtures.

Considering the above stats, we are left to back neither of these outfits. Instead we are backing the draw option which looks ideal for this fixture.