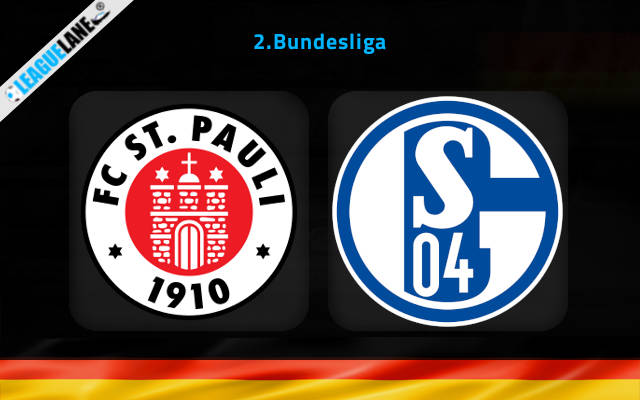 Following a decade of mediocrity in the German second division, St.Pauli is finally making a push to the Bundesliga.

Schalke was a staple of the Bundesliga over the past 3 decades. Following their relegation to the 2. Bundesliga this season, the club has managed to keep itself in the top half of the table. However, they need a much better second half of the season to challenge for promotion.

These teams are set to compete in a league contest this weekend at the Millerntor-Stadion. Read our Preview, Predictions, and Betting Tips with Analysis here.

Kiezkicker dropped points thrice at the beginning of the campaign still recovering from the terrible end they had to the last season. They were winning games for fun until Bremen held them to a draw. That was followed by a huge 4-0 loss against title contenders Darmstadt.

The team has recovered from those games winning back to back games. As a result, they are top of the league 3 points clear of Darmstadt.

The Royal Blues were off to a mediocre start to the campaign. The season took off for them as they went on a 5 match winning streak. They are currently 6th in the league, 6 points off their opponents. They need to step things up to stay in the race for promotion having dropped points thrice last month.

S 04 are not in the best run of forms leading into the fixture. The club has just 1 win in their last 5 fixtures. On the other hand, their opponents are in excellent form at home. Having won all but one of their games since March, St. Pauli should win the fixture in other words.

The hosts have conceded just 2 goals in their last 5 home games in the league. With the visiting side scoring just twice in their last 4 games on the road, they may not find the back of the net more than once.