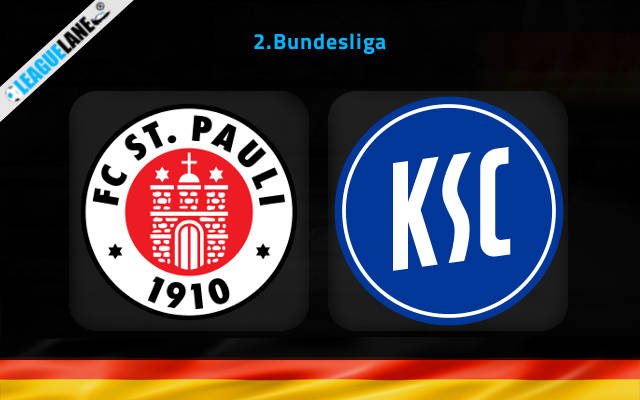 St. Pauli have been one of the best the second division has to offer this season. It’s no wonder they are placed third in the table at the moment, trailing a single point below the toppers.

With just ten more match-days remaining in the competition, it goes without saying that the team will intensify its efforts to secure the title – or at the very least, to secure promotion to the top flight.

Meanwhile, Karlsruher have been inconsistent throughout the campaign. They are conceding goals in plenty, and have struggled quite a bit on the road as well.

By the looks of things, expect a win for hosts St. Pauli this Saturday at the Millerntor-Stadion.

St. Pauli have been such a dominant presence at home this season – so much so that they have scored the most number of goals in home games, and have conceded just one goal more than the best defensive record in such fixtures.

On the other hand, Karlsruher were winless in 11 of their past 17 overall games, and they have managed to post a total of just two league wins on the road since July of 2021.

Judging these observations, expect a win for the in-form St. Pauli.

However, they have lacked a bit in defense lately, and they have also done so in previous h2h clashes. As such, expect goals to come from either end of the pitch this weekend.

Tips for St. Pauli vs Karlsruher