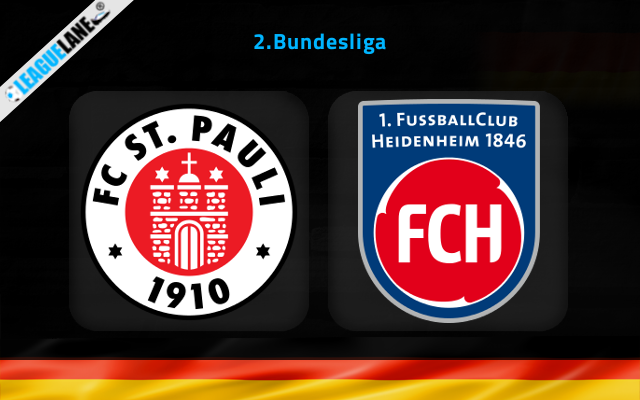 St. Pauli have been enjoying a satisfying league season so far. They have succeeded in recording a positive display since the beginning. They have collected 10 points from the past five league fixtures to add up to 48 points on the table. They are currently points level with the title challengers Darmstadt.

St. Pauli recorded a 1-1 draw against Dresden in their most recent league fixture away from home. With that win, they have returned back to their unbeaten streak by recording three consecutive league games without a defeat.

Meanwhile, Heidenheim have managed to occupy the sixth spot. They have a total of 42 points. They will be eyeing for a top three spot which is currently 6 points away from them. Their form is a bit worrying of late.

Heidenheim won their most recent league fixture against Werder Bremen at home. The match ended up in a 2-1 ft score. With that win, they have ended up their winless streak of four league games.

By the looks of things, St. Pauli looks to have a better form in the league when compared with Heidenheim. Therefore, we expect a positive display from them this Friday at Millerntor-Stadion when they play host to Heidenheim in a 2. Bundesliga fixture.

St. Pauli have only lost once in the past 8 league fixtures at this venue. They have succeeded in scoring goals at a good rate at this venue recently.

On the other side, Heidenheim are winless on road since December 2021. They have leaked two or more goals in six of the past 10 league fixtures away from home.

On top of that, St. Pauli possesses a strong h2h record over Heidenheim at this venue. Therefore, we are predicting a win for them at the end of this one.