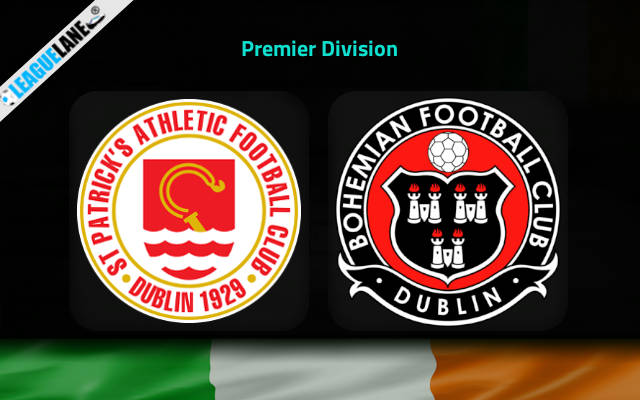 St. Patrick’s Athletic finally ended their winless run as they defeated rivals Dundalk last time. They will look to build on this as they will host Bohemians at Richmond Park.

It is not often that we see a team having a goal difference of nil at the final phase of the league. However, this is exactly the case for Bohemians. The team began this month by winning against UCD by 1-0. Most recently they fell to Drogheda United by a narrow one goal.

The host seems to be playing very dangerously as two different players received a red card since the beginning of this month.

The team under Tim Clancy won their most recent game by 2-1. It was Adam O’Reilley who scored the winning goal just seconds away from the full-time whistle.

The visitors are having an unusual form towards the end of the season. They have lost two of their last four games. Presently, they have a decent chance to finish the season within the top four.

Nevertheless, the host are in decent goal-scoring form. In the last two games, they have scored six goals. Therefore, we can expect the same in this upcoming fixture.

Our prediction is that Both Teams to Score in the second half – the odd for this tip will be at 3.75. At Richmond Park, in two of the last three games all the goals were scored in the second half of the game. We can expect this to continue in this game as well.

Our next tip for this game is that the Number of goals will be between 2-3 – the odd for this tip will be at 1.95. Since 2020, both teams have played four matches and in all those games the goals were in the range of 2-3.