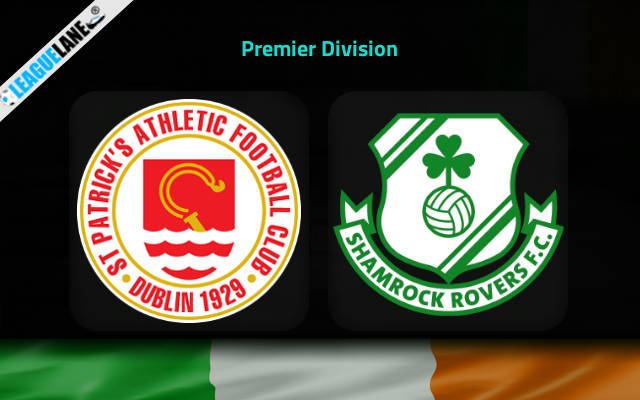 Shamrock Rovers are the toppers of the Irish top flight as of now. While their form has not been that impressive lately, they still are considered to be dangerous for any of the remaining teams in the competition.

At present their immediate objective would be to find their form back and to maintain their lead at the top. And it seems that they have an opportunity coming up.

They are pitted against the St. Patrick’s Athletic, who have not been that consistent in the past few fixtures. They are conceding goals in plenty lately and have dropped a lot of points as well.

Moreover, they also have a poor head-to-head record against this rival over the years.

For the reasons expect the Rovers to have the edge this Monday.

St. Patrick’s Athletic were winless in nine of their past fourteen overall fixtures and they had remained so in 4 of their past 7 appearances at this venue as well.

On the other hand, their counterparts Shamrock were unbeaten in 16 of their last 18 overall games, and in the process, they had gone on separate 5-fixture as well as 4-match winning streaks.

Moreover, they were unbeaten in 7 of their last 9 road trips and once again in the process they had gone a 3-fixture winning streak.

Considering these observations as well as the domination of the Rovers in head-to-head clashes, expect them to post the 3 points on the board.