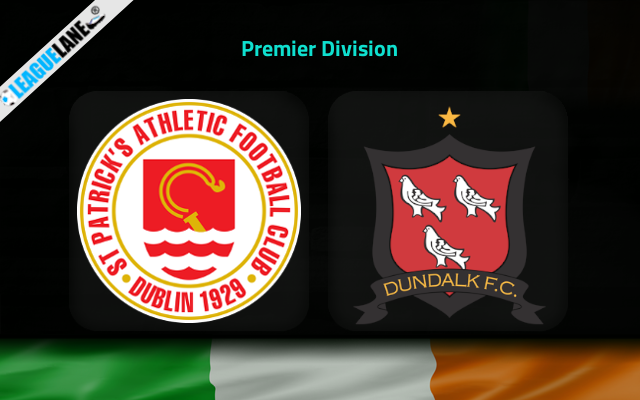 St. Patricks Athletic have been enjoying a decent form from the beginning of this campaign. Their impressive run in the league have allowed them to occupy the fourth spot of the league table. However, their recent form is not that impressive.

St. Patricks Athletic recorded a 3-0 win against Drogheda at home in their most recent league fixture. They were on the back of two winless games in the league before recording the above win. Therefore, they will be hoping to make that win count.

Meanwhile, Dundalk have been also following a decent form since the beginning of this season. Their impressive recording helped them to occupy a safe spot of the table. They are at the 2nd spot with 40 points, with the possession of an impressive offensive and defensive line-up.

Dundalk recorded a 1-0 defeat on road against Drogheda in their most recent league fixture. They were on the back of 10 consecutive unbeaten games before recording the above defeat in the league. Hence, they will be hoping to return back to the unbeaten ways.

The recent form of St. Patricks Athletic at home is not that impressive. They are not consistent and lost three of the past six leaking goals at a good rate.

On the other side, Dundalk have been enjoying a decent form on road of late. They were winless in the beginning while playing away but have improved their run eventually. Four of the past 5 on road outings were an unbeaten outcome for them.

Considering all the above stats, we are of the view that Dundalk might end up sealing a win as they looks better than this St. Patricks Athletic side.