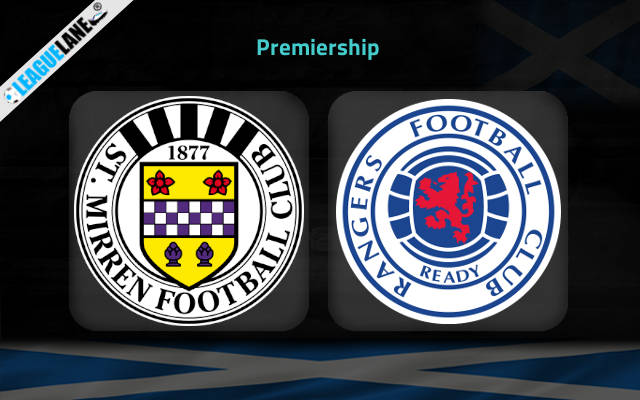 Rangers make the trip to The SMISA Stadium on Sunday for the Premiership game with home side St. Mirren.

St. Mirren had to settle for a finish outside top half of the league standings in the previous season. They had finished 9th on the table and currently they are at the 8th spot displaying the same from their past season.

Going on, St. Mirren started off this season conceding back-to-back defeats. They succeeded in bouncing back later but have failed to maintain the same further. Anyway, they head into this fixture following a 3-2 defeat against Ross County.

They are on a two-fixture losing streak in the league currently and their next fixture is against Rangers, who have been one of the best outfits in Premiership for the past several years.

The Gers have been in great form since the beginning of this season. They have only lost twice after playing 13 Premiership rounds. With such an undefeated consistency, they have not gone outside top two in the points table.

Another factor that deserves a mention is their attacking line. They had scored more than two times of the number of goals they had let in this season. In fact, only one team has scored more goals than them in the whole competition.

Their immediate objective would be to decrease their gap between Celtic who sit at the top spot of the league table at the moment. It seems that they have a great opportunity to pave their way from the next fixture.

We prefer to place Rangers to Win & Over 2.5 Goals bet as they have won by scoring goals at a high rate in the previous league games and h2h matches between the two.