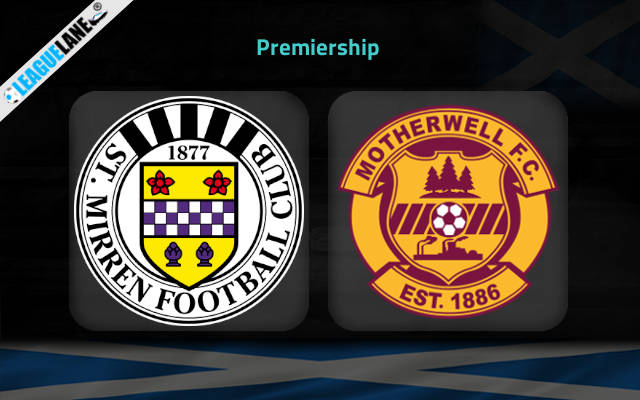 St. Mirren vs Motherwell Predictions and Free Tips from our expert tipsters when the teams go head-to-head in the Scottish Premiership on Saturday, 28 January 2023.

An inconsistency is affecting St. Mirren since the beginning of the season and lately, it became even worse. They are currently at the 7th position in the standings and are on a five-game winless streak.

However, they will be having some spirits to enter their next league fixture against Motherwell, who is currently positioned at 9th spot. Moreover, Motherwell is on an eight-game winless streak in the league at present.

Motherwell can rely on the recent tradition since they won the previous two encounters against St. Mirren. The latest match ended in a 0-1 win for Motherwell.

At this venue, Motherwell is on an eight-game unbeaten streak and it deserves to mention that six of them were draws.

Who will win the match between St. Mirren vs Motherwell?

We are expecting a tight match here. St. Mirren has an advantage on the basis of their current stats. Especially at home, St. Mirren follows a streak of 10 unbeaten games, which is really impressive.

Motherwell is on a four-game winless streak and we don’t expect a win for them here despite of the h2h superiority.

For all the above reasons, we expect a win for St. Mirren on Saturday at The SMISA Stadium.

Four of the last five matches of St. Mirren were low scoring affairs. The same trend can be seen in Motherwell’s recent road trips too. Thus, we don’t expect this match to have goals over 2.5 ft.

Since we expect a win for St. Mirren and a low-scoring affairs, both teams to score cannot be considered logically here. Moreover, St. Mirren’s defensive line have delivered good performances at home so far in the season.

St. Mirren have lost just once at home so far in the season. We don’t expect them to concede their second defeat on Saturday against this Motherwell side.