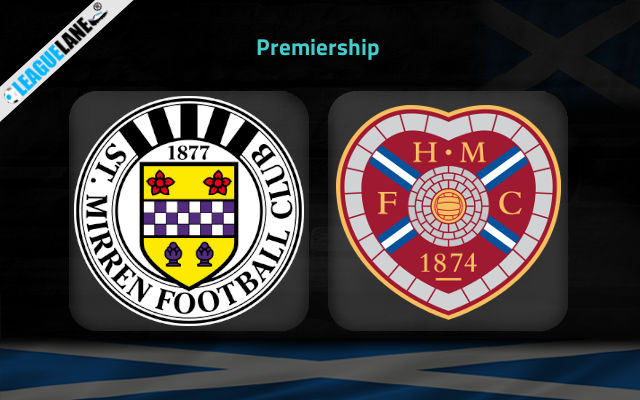 St. Mirren vs Hearts Predictions and Free Tips from our expert tipsters when the teams go head-to-head in Premiership on Saturday, 7 January 2023.

Lawrence Shankland gave his supporters another reason to celebrate as his goal helped Hearts defeat Hibernian last time. They will now aim for their tenth win of the season as they will face their rivals, St. Mirren.

Meanwhile, manager Stephen Robinson is frustrated as his players are playing aggressively. They have received a red card in their last two matches. They will risk losing their fifth position on the table as they have picked up only one victory in their last five outings.

Hearts have dominated this fixture in the last two years. They are on a four-game winning streak against this team. Both teams played against each other in March 2022 and the visitors won that game by 4-2.

The last time the host won this fixture was way back in 2020.

Who will win the match between St. Mirren and Hearts?

St. Mirren have won only one game in the last three months. Therefore, Hearts will take home all three points from this game. Do note that they are third in the league and have a good record against St. Mirren.

Two of the last four head-to-head meetings between these two teams ended with more than two goals combined. The visitors recently scored three goals against Motherwell. We can expect the same trend to continue for this game as well.

In the last four years, both teams have scored on just one occasion at The SMISA Stadium which was during the 2020/21 season.

The visitors won both halves of the game in their 4-2 victory against St. Mirren last time. Also, the same trend was observed in their 3-0 win against Hibernian recently. Therefore, the first tip is that Hearts will win both halves– the odd for this tip will be at 4.00 odd.

Our second tip is that Over 2.5 goals will be scored – at 1.90. Two of the last three encounters ended with a minimum of three goals being scored.