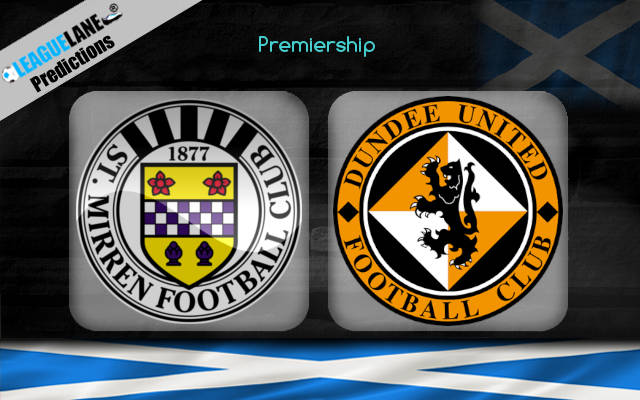 It has been a dry run for St. Mirren in the Premiership, and the five-game losing streak in the campaign doesn’t do any better for the host prior to their clash on Friday. They will host after a 2-1 loss on the road against Aberdeen last time out in the league schedule.

Dundee United can look to make use of the host’s downfall in the league. The visitor has lost only one of their last five clashes and is nine points ahead of the Buddies in the table. They will visit on the back of a 2-1 win at home against Ross County in the campaign.

The losing streak laid out by St. Mirren is likely to give a slight edge for the visiting side. The host enjoys the ground advantage, but they have lost their last three home matches in the Premiership.

However, Jim Goodwin will try to build on their League Cup victories in the schedule as of late. But improving the morale of the players in the league is likely to be a long shot with their current dip in form.

Dundee United has been unbeaten for the past four clashes in the campaign, along with three unbeaten outings in a row. The visitor has a potent form that has been successful against the host for the last five h2h meetings.

Keeping these stats in mind, the double chance favoring Dundee United will probably be the best bet for the punters to yield decent returns in the encounter.