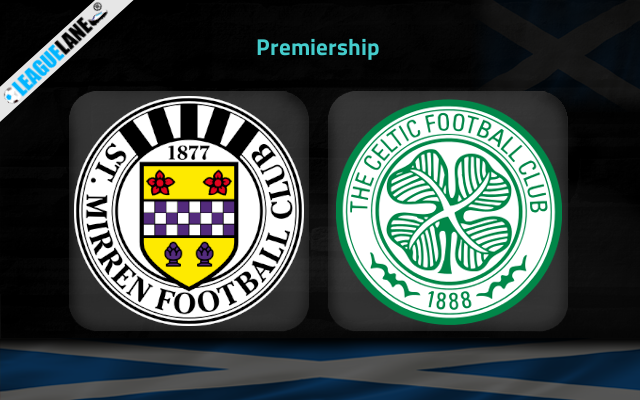 Celtic make the trip to The SMISA Stadium on Sunday for the Premiership game with home side St. Mirren.

St. Mirren had to settle for a finish outside top half of the league standings in the previous season. They had finished 9th on the table with a total of just 10 wins. All along they had let in goals in huge numbers and were having a negative goal difference at the end.

Going on, St. Mirren started off this season conceding back-to-back defeats. They succeeded in bouncing back later. Anyway, they head into this fixture following a 3-0 defeat against St. Johnstone.

Meanwhile, Celtic has been one of the top performing teams in the Scottish top flight for the past several years. After delivering their 52nd Premiership title in the past season it seems that they are still not satisfied.

They are on a great winning streak. As of now they have scored almost double the number of goals than the second-best offensive team in the competitions. In fact, they have a 25-1 combined scorecard from their first 6 league games in this season.

It appears as if they already have one hand on their 53rd league title and the only question is what will be their lead at the top of the table at the end of the campaign.

This match is a great chance for the visitors to maintain their extraordinary spell of form at the beginning of the season.

We can see the value of backing Celtic to win & Over 2.5 goals at the 1.62 odds, while you can also go with their Liel Abada to score anytime at the 1.80 odds after his brace and hat-track from the previous 2 Premiership encounters.