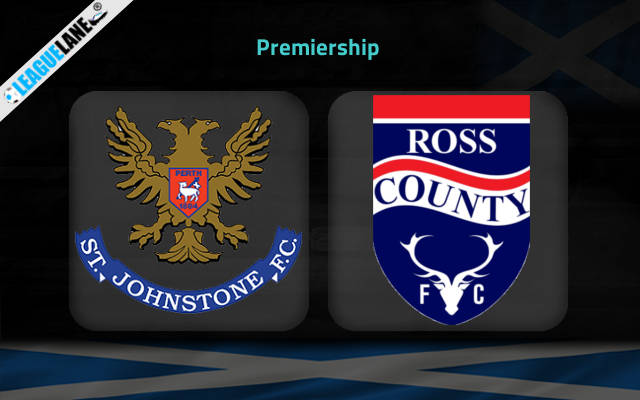 The battle between last and second teams are set for McDiarmid Park this Wednesday. Both the teams being the lowest in the league are in the zone of relegation. St. Johnstone is at a downfall having lost 6 matches in a row hopes to turn the tables as they come into this upcoming fixture. The Staggies however, with a draw in the previous fixture needs nothing more than a victory.

The Staggies are at the 11th spot on the table with only 15 points. They won only on 3 fixtures while drawing on 6. They have the highest numbers in the losses with 9 while conceding 32 and netting only 24 in the 18 games played so far.

Malky Mackay’s Ross County have seen their goal attempts be successful 7 times in the previous 6 league matches. After a loss against Celtic they managed to drew the previous game against Livingston by 1-1.

The Saints are at the rock bottom on the Premiership with only 14 points from 18 games. They won only thrice in the league along with 5 draws. They lost on 10 fixtures with a dreadful goal to conceding numbers in the league standing at 9:20.

St Johnstone have been scored against in 6 of their previous 6 clashes, letting in 9 goals during that time. Their dreadful losing streak continues to 6 with the previous being to Motherwell to 2 goals to nil.

The home side has fired blanks in 7 games this season and that’s 50% of the games where they have not been able to find the back of the net. They have undergone 4 home defeats as of late and have not been beaten in the league by Ross County in their last 3 meetings.

Going into the upcoming fixture, Ross County haven’t won away from home in the past 2 league matches. With both teams being more of mixed form, a possible draw is likely to happen at McDiarmid Park this midweek.