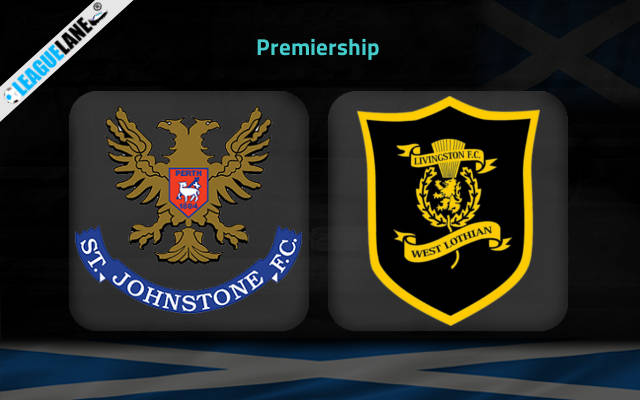 St. Johnstone vs Livingston Predictions and Free Tips from our expert tipsters when the teams go head-to-head in the Scottish Premiership on Saturday, 14 January 2023.

St. Johnstone have lost their spot inside the top half after conceding defeats in their past four league outings in a row. They sits at 8th position in the league standings.

Meanwhile, Livingston are having an inconsistent form and were winless in four of their last five league matches. However, they sits inside the safe zone and are four points clear from their Saturday’s counterparts St. Johnstone.

The past two overall wins were evenly split, with two each for both teams. Their meetings have often been low-scoring affairs.

The reverse fixture ended in a 1-0 win for Livingston. Moreover, their past four h2h results at this stadium are also in a tally.

Who will win the match between St. Johnstone vs Livingston?

St. Johnstone follows a streak of three winless games at home. On the other hand, Livingston were unbeaten in three of the last five away games.

Going on, both the teams are maintaining an equal winning record in their recent h2h matches. Therefore, picking a winner from these two is a tough call.

Neither of these two owns a solid defensive side. But the offensive side of both the teams doesn’t seem capable of scoring past this defense.

Do also note that both these sides are having negative goal difference in the table stats. When they owns such an attacking side, we expect this match to have under 2.5 goals ft.

Although they both owns a weak attacking side, we expect them to score at least one here. Moreover, two of their past four h2h matches had goals from both ends. Thus, we expect a both teams scoring scenario here.

We are quite not sure about picking up a winner from these two teams. These two teams have locked horns in May last year and the match ended in a 1-1 draw. They both had an inconsistent winless form back then.

Therefore, we like to back draw option as the main bet at 3.10 odds. For the second tip, we like to place the under 2.5 goals bet considering the goal trend of both these sides.