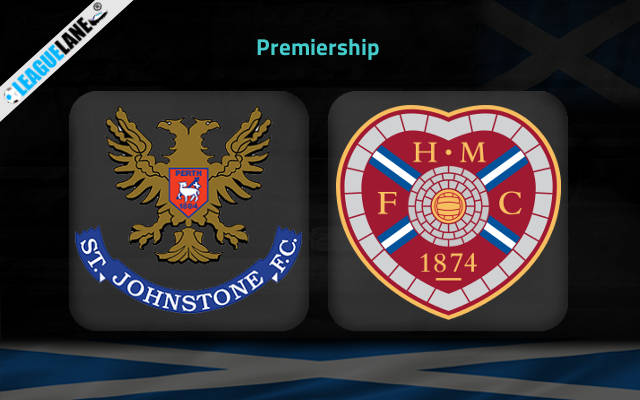 St. Johnstone vs Hearts Predictions and Free Tips from our expert tipsters when the teams go head-to-head in Premiership on Wednesday, 28 December 2022.

St. Johnstone lost their eighth game of the season as they lost to Celtic by 4-1. They are the only team in the top five to have a negative goal difference. For this upcoming fixture, manager Callum Davidson will revert back to his previous line-up following their heavy defeat against the league leaders.

Lawrence Shankland saved his team from losing to Dundee United last time. He scored the winning goal during extra time. This result extended the Hearts’ unbeaten streak to three matches.

Hearts have won two of the last three head-to-head meetings. In the last two years the host have won only one fixture.

The visitors are unbeaten in four of the last five matches against St. Johnstone.

Who will win the match between St. Johnstone and Hearts?

We are backing Hearts to take all three points from this game. They are the heavy favourites to win as they have already won this fixture twice earlier this year.

Another reason is that the host recently lost to Celtic by 4-1.

In recent times, this fixture has been a high-scoring one. We can expect over 2.5 goals from both teams combined. Do also note that the host scored three goals when both these teams met back in August.

Both teams are in decent goal-scoring form. They have scored in the last five consecutive head-to-head meetings with just one exception.

You can back the following, as our first tip is that Hearts will win this fixture– at 2.30 odd. They have won on two of the last three occasions against St. Johnstone.

Our second tip is that Over 2.5 goals with Both teams to score – at 2.30. Both teams have scored a combined total of eight goals in their last two meetings this year alone.

Also, you can bet on Lawrence Shankland to score anytime – at 2.50. He scored three goals in his last two appearances.