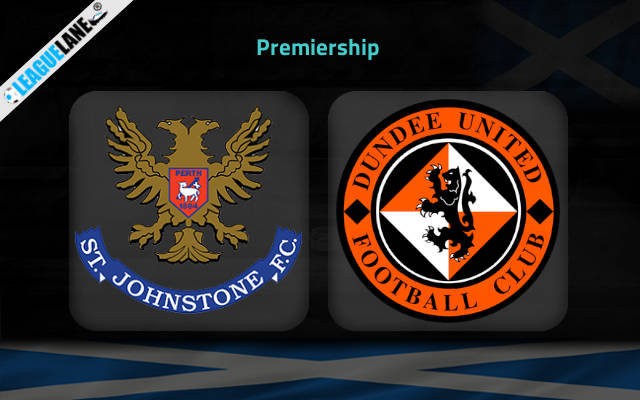 St. Johnstone vs Dundee United Predictions and Free Tips from our expert tipsters when the teams go head-to-head in Premiership on Monday, 2 January 2023.

Dundee defeated their rivals Ross County by 3-0 last time. Now they are unbeaten in three of the last four outings. They are presently at the eleventh position on the table. Now they will be playing their first away game of the year.

On the other hand, St. Johnstone lost to Hearts last time in a 3-2 loss. They will aim for their tenth win of the season when they will play against Dundee United.

St. Johnstone are unbeaten in this fixture in the last three head-to-head meetings. Do also note that the last time the visitors won at this ground was back in 2021. In 2022 both teams played twice, and the host remains unbeaten on both occasions.

Who will win the match between St. Johnstone and Dundee United?

We are backing St. Johnstone to take all three points from this game. They are the favourites to win as Dundee have lost more than 50% of their matches this season. Not to mention that they have not won an away fixture in the last three months.

In the last two years, this fixture has been a low-scoring one. Not more than two goals have been scored in three of the last five head-to-head matches between these two teams.

At McDiarmid Park, both teams have not scored in the last five meetings. The only time both teams scored was back during the 2014/15 season at this ground.

The first tip is that St. Johnstone will win this game– at 2.30 odd. The host have won two of the last three head-to-head meetings. Also, they are unbeaten in their last four home matches with just one exception.

Our second tip is that Under 2.5 goals will be scored – at 1.66. The last two matches at McDiarmid Park ended with not more than two goals being scored combined.