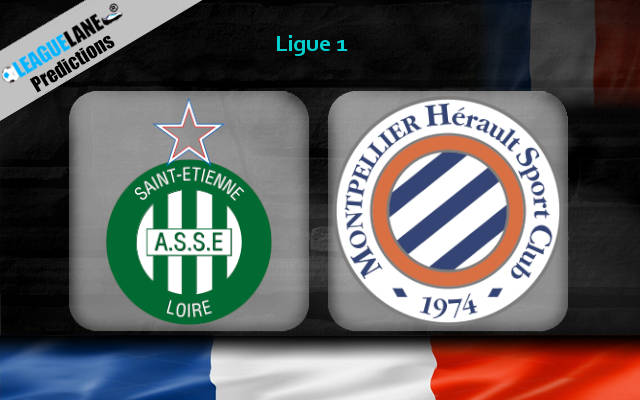 Sunday’s games in Ligue 1 will kick off with Saint Etienne and Montpellier. The home side are in 13th place after going through a poor run which has included four straight defeats in a row. Last weekend they were beaten against Metz by 2-0 and they have conceded 10 goals in that time.

It is a shock to see the clubs roles reversed as along with Rennes they had started the season so well and were the pace setters. They could climb near the top 10 with a win at the weekend.

Montpellier were shocked last weekend at home as they lost to one of the poorest sides in Ligue 1 this season, Reims. They didn’t just lose but were destroyed as the final score finished 4-0 to Reims. This defeat has left Montpellier in 11th place and in fact they are just one point in front of their hosts. Away form has been poor with no wins as yet from 3 games though they have drawn their last two, their last away game was against Monaco and that ended 1-1.

Saint-Etienne vs Montpellier Head to Head

Saint Etienne are in such poor form that we are tempted to back Montpellier for the win. Montpellier are going to be quite unpredictable this season but they have good recent wins over Saint Etienne and they also have goals in them.

The home side simply look like they are in free fall and stakes should be kept low for this game because Montpellier are not in good form either. But we expect a fast game with chances for both sides but Montpellier will be looking to score first and then try and kill off the game.

We will also back under 2.5 goals as it has a good history in these fixtures.