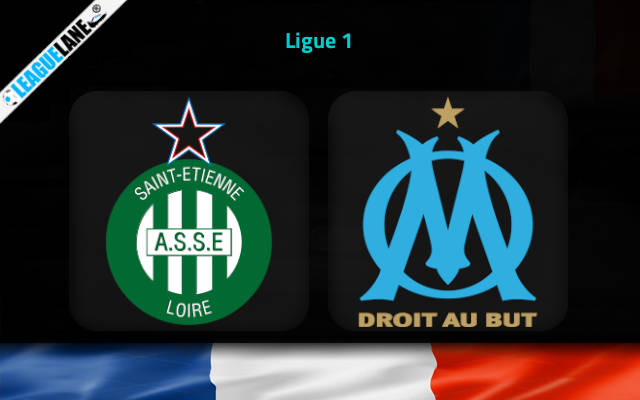 Marseille remains the only possible rival to PSG in terms of a title race. With 2 games unbeaten they are set to travel to Stade Geoffroy-Guichard this weekend to confront the St. Etienne squad who resides in the relegation zone.

The visitors are at the 2nd spot on the standing with 53 points from 29 games. They won 15 times in the league while drawing on 8 and losing on 6 other occasions. In the zone for Champions League Group stage, they are currently on a 2-game winning run in the league with a strong defensive side.

Marseille won the last game against Nice by 2-1 adding to their back to back league wins. Over the prior 6 league fixtures, they have conceded a total of 6 while their own forwards bagged a sum of 12 for themselves.

Saint Etienne are stuck in the relegation zone, and with the season approaching its closing stages, they are under pressure to improve massively. They are 18th in the league with only 27 points from 29 games. They won only 6 games while losing on 14 and are on a quest to climb over the 17th place, to avoid the risk of being sent to Ligue 2.

The home side drew to Troyes by 1-1 previously which was their second in a row after a goal-less tie to Lille. They have struggled with their defense all through the campaign, and it only could get worse here on, considering they are about to try out some risky playing styles to acquire points on the board.

Saint Etienne are currently on a 4-game unbeaten run at home. They have also won the last h2h fixture scheduled at home. But they have been victorious in only 20% of the games played at home this season.

We anticipate an away win this Saturday as, Marseille are unbeaten in 85% of the games played on road. They tops the away record this season and we hope a victory for them.