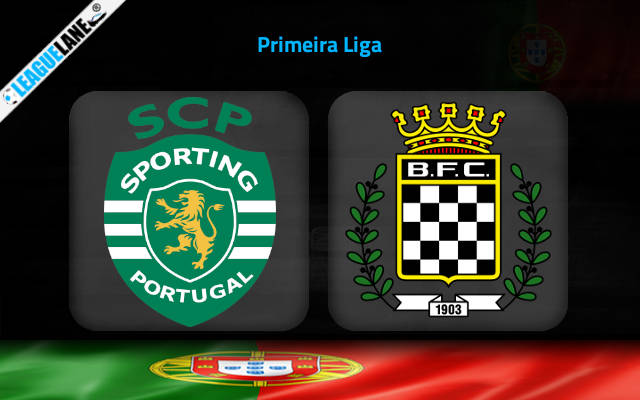 The Big Three of Portuguese football are in an intense 3 horse race for the Primeira Liga title this season. However, with the loss of Benfica on matchday 13 of the league, Sporting and Porto have gained some valuable ground.

The former will welcome Boavista who are likely to end up in the bottom half of the table yet again, to the Estádio José Alvalade this Saturday. Read our Preview, Predictions, and Betting Tips with Analysis here.

The Panthers will go into the match without a win in their last 8 games across all competitions. Having picked up just 4 points from those fixtures they are 11th in the league, 2 points clear of relegation.

Despite their loss at Amsterdam against Ajax in the UCL, the Lions are undefeated in the league this season and are on an 8 match winning streak in the league. With 35 points they are second in the league, behind Porto only on goal difference.

It is extremely unlikely the visitors will break their 16 match losing streak at this venue given the form of the hosts who are undefeated at home in domestic matches since January 2020. To add to that the away side has lost their preceding 3 matches on the road.

With Sporting scoring first-half goals in their last 7 matches at home, expect them to win both halves.

Sporting has registered 8 clean sheets already this season. The club has conceded a mere 5 goals throughout the course of the season, which is the least among any team in the division. With such a record one should expect them to not concede against a club that has scored just 6 goals in away games in the league this season.