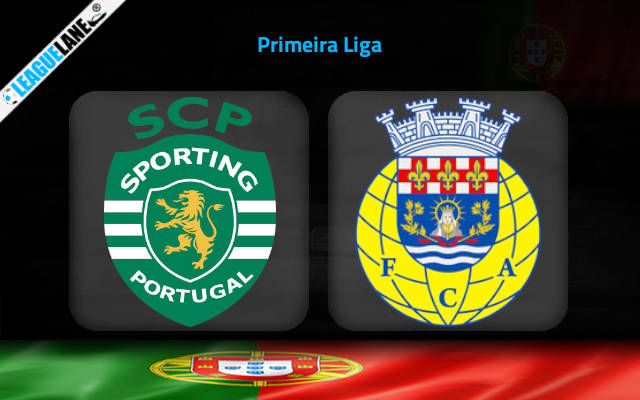 Sporting are placed second in the table at the moment, and they have been one of the best in the Portuguese top flight for the past several years. They are determined to secure a direct entry into the Champions League, via a top-two finish. And thus will be keen to keep the third-placed Benfica at bay.

Meanwhile, Arouca are one of the worst in the competition, and are placed close to the relegation zone. They have seldom recorded wins this season in the Primeira Liga, and most importantly, they have an inferior h2h record against this foe over the years.

For the reasons, expect a win for Sporting this Saturday at their home.

Going on, they had won 13 of their preceding 16 appearances at home, and had scored two or more goals in nine of their last twelve such games.

On the other hand, Arouca were winless in ten of their past twelve overall fixtures, and in the process they had gone on two separate two-fixture losing streaks, and a three-game losing run.

Note that they have also won just twice on the road since July.

Considering these observations, and past h2h stats, expect a win for hosts Sporting.

Tips for Sporting Lisbon vs Arouca