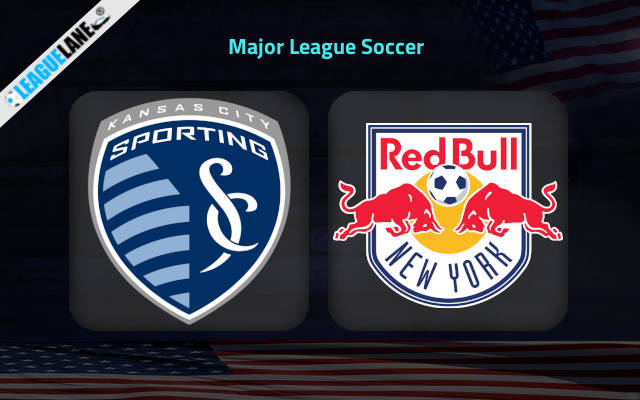 Round 18 of Major League Soccer is being scheduled as Sporting Kansas City play host to New York Red Bulls where both these sides differ by 13 points. These two sides will be seen battling it out at Children’s Mercy Park, this Monday.

New York Red Bulls is at the 2nd spot on Eastern Conference with 29 points from 18 games. They won 8 times in the league while having drawn and lost 5 games each. They are level on points with the toppers CF Montreal but have played a game more than them.

Last time out, Red Bulls had a goal-less draw in MLS with Atlanta United. A tendency of at least one side getting a clean sheet in games involving them has been noticeable in recent matches. A glance at their last 6 games shows that it has happened 5 times.

On the other hand, Sporting Kansas City resides at the 13th position on Western Conference with 16 points. Of the 18 matches played, they won and drew 4 times each in the league while having lost on 10 other occasions. They have double the conceding figures from their scored ones, standing at 16:32 indicating their meagre backline.

The home side will be wanting a better result here after a 0-3 league loss in their previous game against Seattle Sounders FC. The average number of goals scored by Sporting Kansas City is just 0.89 for their matches in Major League Soccer. They really need to improve their offensive side.

New York Red Bulls haven’t suffered any defeats in 6 of their 7 most recent away meetings with this rival in MLS. It’s possible we will see a couple of goals here, with the last 10 games for the Red Bulls ended with 2 goals or more being scored.

Meanwhile, Sporting Kansas City’s form hasn’t been good, as the team has won only 2 of their last 13 matches. They come here on the back of 2 straight home defeats.

We however feel that an away win or draw seems to be the likeliest outcome here.