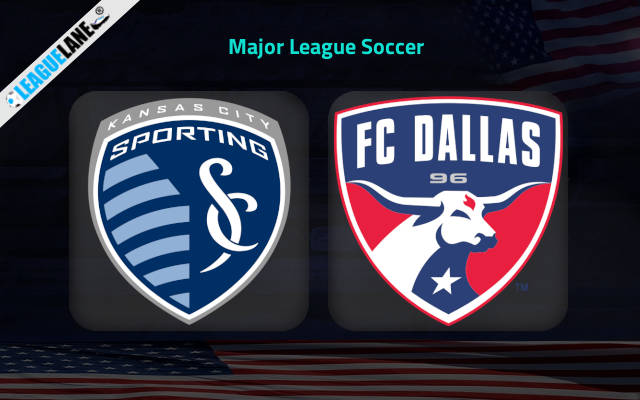 Sporting Kansas City has a chance to climb back to the top of the MLS 2021 table in the west. The Wizards will lock horns with FC Dallas on Sunday for the three points that might move them to the ultimate top of the Western Conference in the MLS.

The host has won four of their last five unbeaten matches in the campaign. The Wizards have lost only three of their 15 attempts so far this season and have 30 points from it. They will return home on the back of a 1-3 win on the road against Seattle Sounders last time out in the schedule.

After three defeats in a row, FC Dallas broke that streak with a win in the last game. The 4-0 win at home against the likes of LA Galaxy was only their third win in the MLS this term. The Toros have picked up 14 points from their 15 appearances in the campaign until now.

Having lost none of their last eight clashes at home, Sporting Kansas City will be confident to face FC Dallas at Children’s Mercy Park.

The host enjoys the ground advantage in the middle. But they have been winless in the last five h2h meetings with the visitor.

However, seven consecutive defeats on the road for the Toros will put an end to that streak on Sunday.