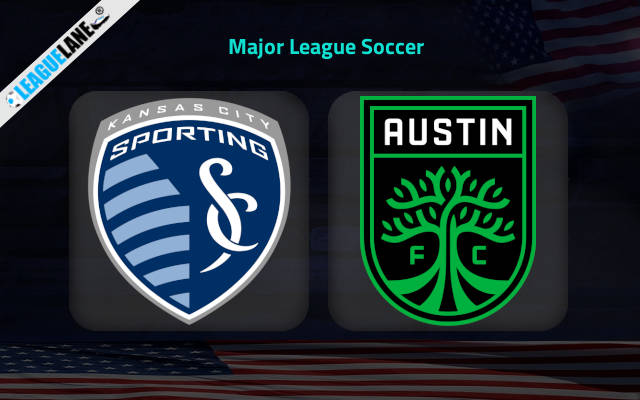 With form on their side, Sporting KC look to bag another win against Austin FC in Saturday’s MLS Fixture.

Sporting Kansas City went into the international break on the match of three consecutive wins, the latest a 3-2 thriller at home against Houston Dynamo.

Peter Vermes’ men are now sitting 2 points behind Seattle Sounders and points here will help them move to the top of Western Conference.

Austin FC, despite the form suggests, have been fairly competitive so far, but they had to play all their games on the road, pending finishing touches on their new stadium.

The team managed by Josh Wolff bagged back-to-back wins on matchday 2 and 3, They have gone downhill since losing three on the bounce before holding current leaders Sounders to a goal-less draw. The Greens are currently 11th in the table and they can only go one way from here.

The teams already met once this season, on matchday 4 and Kansas struck twice late in the game to earn a 2-1 win.

Form is good on Kansas City and they come to this game as warm favourites, yet they have to do it all without the help of Mexican striker Alan Pulido, who netted 5 times in 8 appearances this season.

Peter Vermes may not have many worries since he has players to fill the gap, but his opposite number Josh Wolff will be expecting a reaction from his front line players who failed to score in 4 of the six games so far.

For punters, the home win is the best option since home form of Kansas has been nothing short of spectacular.