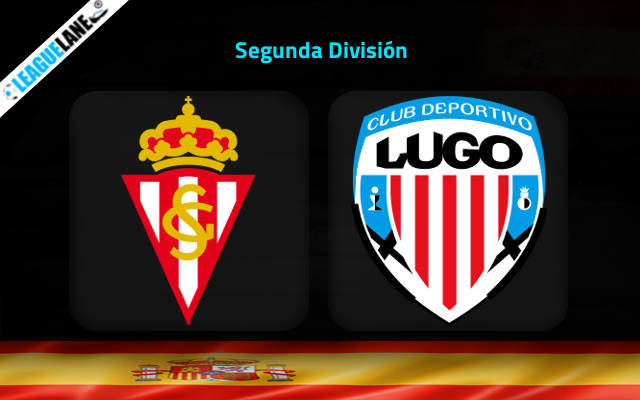 In Round 22 of Segunda Division, Sporting Gijon Hosts Lugo on Sunday at Estadio El Molinon. Sporting Gijon prepare for this fixture after a 0-2 LaLiga 2 win against UD Ibiza.

Since a losing effort against Las Palmas, they gets back on track with a win and a draw allowing them to climb up to 12th position in the table. After a series of losses, they have bounced back and would be hoping to continue their temporary form further.

The visitors are also having a decent form lately. They are unbeaten for 5 games and escapes from sinking into the red spot temporarily. They are currently positioned at 17th in the table with 23 points.

Gijon and Lugo are set to lock horns in a low -profile bottom-half clash in the 22nd Round of Segunda Division.

The hosts will enter the game in the highest of spirits. They took four points from the last two league outings, while Lugo are win-less in four consecutive league matches.

Lugo drew many of their recent matches. Their most recent draw came from a late minute penalty conceded by Tenerife.

Thus the hosts are certainly in a better shape than Lugo who kept on finding spoils in their recent matches. Therefore, we expect Gijon to score a couple against this Lugo outfit who will probably not find it easy scoring a goal.