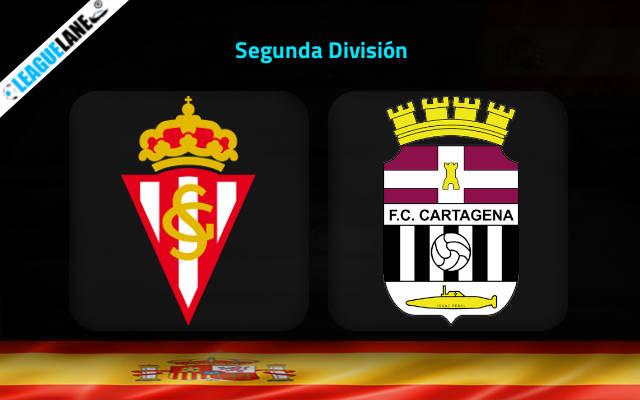 Game week 33 of LaLiga2 brings us the match between Sporting Gijon and FC Cartagena on Saturday at Gijon.

Sporting Gijon is winless in their last five matches. They have only won in a few of their matches this season as well. From the last ten matches, the team has scored in all the matches but has not won in any. The team currently stands 18th on the league table with 36 points.

Gijon’s last match against Leganes ended in a draw. Both teams scored a goal each, ending the match with 1-1 FT score.

FC Cartagena has got mixed results from their matches this season. From the last ten matches, the team has got four wins, one draw and five losses. They have scored over 1.5 goals in three of the last matches as well. They stand 7th on the league table and has earned 46 points from their matches so far.

Cartagena played their last match against Real Zaragoza. Cartagena netted thrice in the match while Zaragoza couldn’t get past Cartagena’s defences. The match ended with 3-0 FT score.