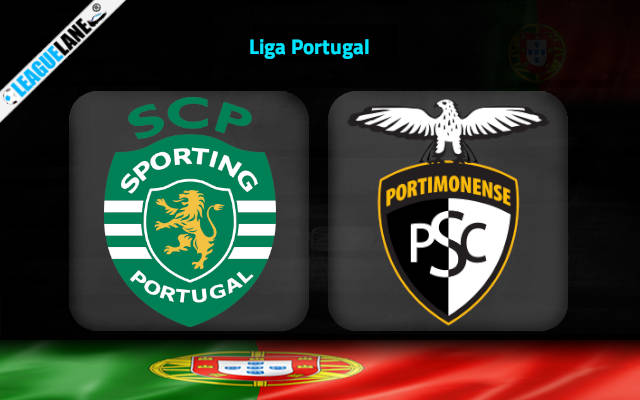 Sporting Lisbon managed to arrest the slump in form last weekend when they saw off Estoril 0-2 on the road.

It was only the second win of the season for Ruben Amorim’s men who gained more confidence in mid-week, beating Europa League winners Eintracht Frankfurt 0-3 on the road at the beginning of the UEFA Champions League campaign.

Sporting will now hope to get the third consecutive win across competitions on Saturday afternoon when they host Portimonense in the sixth round of the competition.

Nevertheless, the hosts will be seriously testes on Saturday afternoon since their counterparts will travel to Lisbon encouraged after an impressive four-win streak in Primeira Liga.

They saw off Famalicao 1-0 last Sunday, allowing their counterparts no more than a single attempt on target during the 90 minutes of play.

It will be very interesting to see how Paulo Sergio’s men will deal with Sporting CP’s stars this weekend.

The visitors will likely park the bus and wait for their chances from the counter attacks which makes the Under 2.5 goals FT an appealing betting option.

Sporting CP have failed to find the back of the net in two of the last three league outings. The negative streak includes the back-to-back defeats to Porto and Chaves. Ruben Amorim’s squad are now set to face the best defense in the league in the opening five rounds.

The Under 2.5 goals FT pick is tempting at the 2.05 odds. We still do expect the hosts to eventually prevail at the end of the game, meaning Sporting CP to win to nil is our second betting option at the odds of 2.10.